Hasan Ali Explains Why Rohit Sharma Is The 'toughest' Batsman, Lauds His Versatility 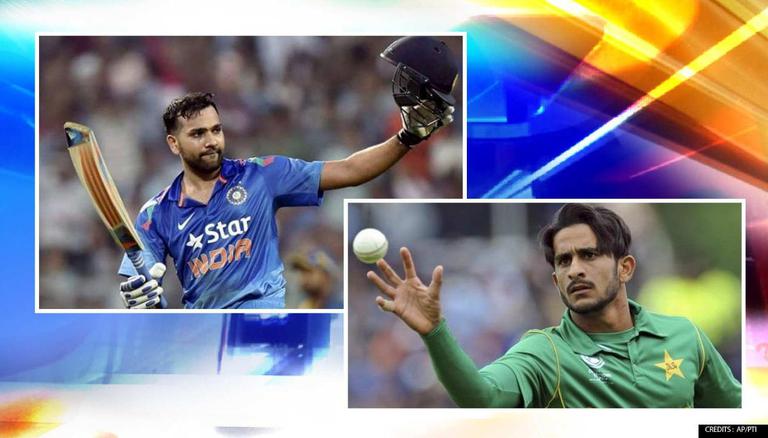 
Pakistan pacer Hasan Ali has revealed what makes 'Hitman' Rohit Sharma the toughest batsman to bowl to and how the current Team India limited-overs vice-captain has given him a tough time on the cricket field.

Hasan Ali explains how Rohit Sharma has dominated him

During an exclusive interview with Cricwick, Hasan Ali said that there are a lot of batsmen who on their given day can give bowlers a tough time and sharing his personal experience, the pacer mentioned that the one batsman that gives him a tough time is Rohit Sharma and had no hesitation in admitting that the former was at the receiving end during the Asia Cup 2018 and World Cup 2019.

At the same time, the Pak bowler also recalled the ICC Champions Trophy 2017 and said that he did not have much of a chance to bowl to the Mumbai cricketer and then added that if it is Rohit Sharma's day, then he can hurt a lot.

"He has a lot of potential and he can hit you anywhere. He plays the ball late, comes in the line of the ball. And the pick-up shot which he plays is not easy. Not everyone can play that and he has this ability," said Hasan Ali.

When it comes to the overall head-to-head records, it is Rohit Sharma who wins this battle without breaking a sweat. In fact, the modern-day white-ball specialist has amassed  95 runs off 87 balls from Hasan Ali at an average of 95 and a strike rate of 109.19. The 26-year-old has succeeded in dismissing the 'Hitman' just once and that was during the 2019 World Cup league game at Manchester's Old Trafford.

Hasan Ali had Rohit Sharma caught at short fine leg when the well-set opener attempted a needless scoop shot by walking across his stumps. The bowler got lucky on that occasion though but not before India's deputy in white-ball cricket had taken the Pakistani bowlers to the cleaners with a match-winning knock of a 113-ball 140 at a strike rate of nearly 124 including 14 boundaries and three maximums.

That was the only wicket that Hasan Ali managed to pick in what was a forgettable outing for him as he finished his spell with figures of 1/84 from his nine overs at an economy rate of 9.33.

India won the contest convincingly by 89 runs (DLS Method) and thereby, registered a seventh consecutive win over the Men In Green at the quadrennial event.