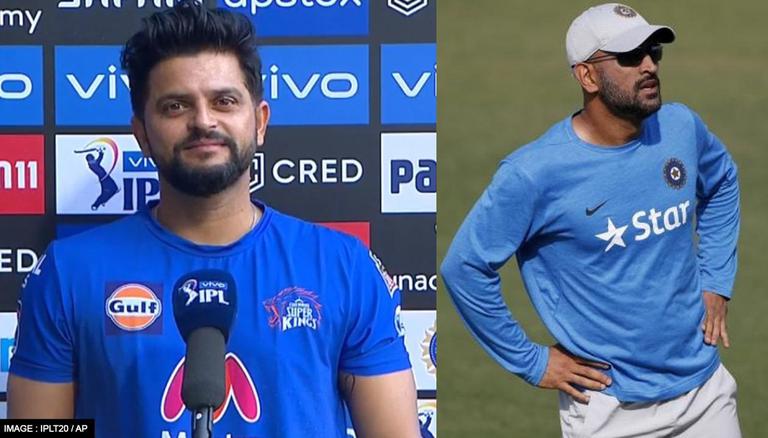 
With few days to go for the T20 World Cup, cricket fans are excited to watch Team India's former cricketer Mahendra Singh Dhoni in a brand new role. The BCCI has appointed MS Dhoni as a mentor of Team India for the upcoming T20 World Cup. This will be the first time MS Dhoni will be part of the 'Men in Blue' but not as a player, but as a mentor. Now, Team India's former cricketer and MS Dhoni's deputy in CSK squad Suresh Raina expressed his opinion on the appointment of 'Captain Cool' as a mentor.

In a video shared by the T20 World Cup on its official Twiter handle, Suresh Raina opined that the appointment of MS Dhoni will make a huge impact on the Indian Cricket Team as the experience of 'Captain Cool' will come in handy in the ICC marquee tournament. Raina on a lighter note also gave a new full form to 'MSD'- Mentor Singh Dhoni.

"It will definitely be a big impact and the special thing is he is still playing with the team (CSK) and his valuable experience will also come in handy. The players in the current squad have already played alongside him, he knows their mindset. Mahendra Singh Dhoni has now become 'Mentor Singh Dhoni'. His experience will make a huge impact on the Indian Cricket Team," said Raina.

Around The Wicket, driven by @Nissan! pic.twitter.com/aonr23rqTP

Suresh Raina and MS Dhoni are well-known for their friendship, be it on-field or off-field. In fact, moments after MS Dhoni announced his retirement from the limited-overs format in International Cricket on August 15, 2020, Suresh Raina too bid farewell to international cricket.

After India's squad for T20 World Cup was announced, BCCI President Sourav Ganguly revealed why the cricket board decided to appoint MS Dhoni as Team India's mentor. BCCI president Sourav Ganguly said that MS Dhoni's appointment as India's mentor was a way to use his experience in the T20 World Cup. Ganguly also expressed his gratitude to Chennai Super Kings' skipper for accepting the role.

READ | 'He doesn't captain': Who does Gambhir think is No 1 among Dhoni, Kohli, Morgan and Pant

During Team India's squad announcement, BCCI secretary Jay Shah had said that he spoke to MS Dhoni in Dubai about the role of the mentor for the T20 World Cup. Shah said Dhoni readily agreed to the offer and that he was committed to serving the team, this time as a member of the support staff. In a video posted on Twitter by BCCI Jay Shah said, "I am glad that MS has accepted this offer and he is keen to contribute to our national team once again. MS Dhoni will work closely with Ravi Shastri as well as the other support staff to provide support to Team India."