'I Don't Think You Were Expecting That We Will Just Come Here And Win The Series 5-0': SA Skipper Temba Bavuma

IND vs SA: Chasing 180 to win, South Africa had a slow start as they could manage only 15 runs in the first three overs but Bavuma said it "has always been our tactic as a team." 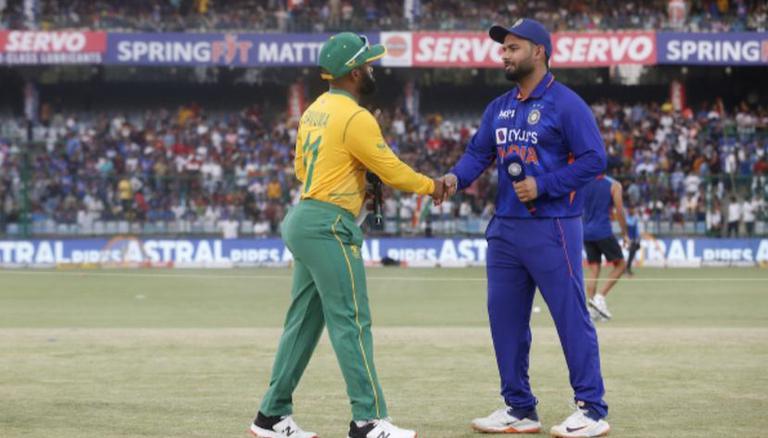 
South Africa's batting crumbled under pressure in the third T20I against India but skipper Temba Bavuma said it would be "foolish" to change their approach after just one loss in the five-match series.

Chasing 180 to win, South Africa had a slow start as they could manage only 15 runs in the first three overs but Bavuma said it "has always been our tactic as a team." "First two overs we always have a look and then we try to get some momentum going into the innings and set it up for our big power players," he said during the post-match press conference after his team suffered a crushing 48-run loss to India.

"That is a strategy that has worked for us and I would be a bit foolish to change our approach after just one loss," he added.

The Proteas had dominated the spinners in the first two matches but the duo of Yuzvendra Chahal (3/20) and Axar Patel (1/28) produced a scintillating show to stifle the visitors after being introduced early in the innings by skipper Rishabh Pant on Tuesday.

READ | Mithali Raj on changing landscape of women's cricket in India: 'When I began playing....'

"They bowled quite well, their captain got their spinners early into the game which I think made a big difference versus us. Our spinners came later on and that is a trick we missed out there on the field.

READ | Hardik is so lucky that he can fly a low on fuel plane with faulty engine: India spinner

"With the batting, we were not able to get any partnership going, or any momentum going. In the first two games, we batted really well but today it was an off day for the batters." The Indian side is missing big players like Rohit Sharma, Virat Kohli, Jasprit Bumrah, and KL Rahul but Bavuma said it doesn't make the hosts a weak team.

READ | 'Broke their back': Cricket world reacts to Chahal's spin heroics against SA in 3rd T20I

"I don't think it is a weak team, these are guys who performed exceedingly well in their domestic competition and IPL. These are quality players. For us, we knew we had to play well and that is what we have done in the first two games.

"Today they were much better, that is something we have to expect. I don't think you were expecting that we will just come here and win the series 5-0 because all the big names are not there. This is a good Indian team in my opinion." South Africa's openers have struggled and the skipper, who bats at the top, said losing Quinton de Kock to injury has affected the team.

"Look, Quinton is a big player at the top of the order but unfortunately we don't have him at our disposal, he is injured. We have Reeza (Hendricks) as a backup option and we have full faith in backing him. This is the squad we have built over the last two years.

"Obviously when a team loses, there are many areas that we can point out. Like I said at the start of the innings, we are looking to get stability but with Quinton not available, we are not able to get that stability.

Talking about his own performance he said; "I am a guy who partners up with Quinton at the top. I think the guys understand my role within the team."

"Players play around me. They need someone to keep tight at the other end. That is not going to change, I feel it has been successful for us and we will get going with it."