I Thought 'What Am I Doing?': Joe Root On Facing Mitchell Johnson During 2013/14 Ashes

Joe Root also spoke about India beating Australia at The Gabba and said that if India could do it, so can England and that his team will be motivated 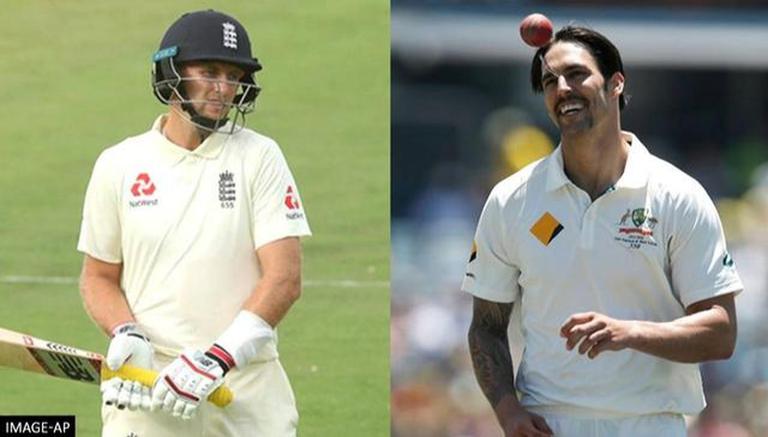 
England skipper Joe Root who made his first trip Down Under back in 2013/14 for the Ashes recalls facing Mitchell Johnson. Speaking to The Guardian, he spoke about how he was forced into playing shots he did not want to. "Some of the balls Johnson bowled, what separates it from other difficult passages of play was within that you found yourself playing shots you didn’t expect. Your body would do things you’ve spent your whole career training not to. In my first innings at Brisbane, the first ball, I had a massive drive, thick edge for three. Second ball another massive drive. And I’m thinking, ‘What am I doing?’ This is not how I want to play. I looked behind and there are five slips, I know exactly what he’s trying to do, how he’s going to get me out. The next ball, a bouncer. The next ball, a massive drive caught at third slip."

The English batter however added that the experience of facing Mitchell Johnson was a total learning experience. "And I’m walking off thinking everything I’ve done within that innings is exactly how I don’t want to play my cricket. I just found myself throwing my hands at the ball when I didn’t intend to. That series for him was the moment in his career when everything was clicking. He rode that wave extremely well. But for a 22-year-old as I was, it was a great learning experience," he added.

AUS vs ENG: England's last wins in Brisbane came in 1986

The Gabba has always been considered as a fortress for Australia with the team always dominating their opponents at the venue, however, earlier this year, for the first time in Brisbane since 1988, the Aussies were defeated by a young Indian test team and this for Joe Root is something for his team to take inspiration from.

The English skipper feels if India could do it, so can England. He further went on to add that India was without their first-choice XI for the match and yet achieved the feat.  "Look at that India team that won at the Gabba. They were a long way from their first-choice XI but they had no fear, they stood up to Australia and won crucial parts of that Test. It will give every player in our squad a huge amount of confidence and just plant a little bit of doubt in Australia’s mind having to go back there and play again for the first time against us, what with it being such a stronghold for them for such a long period of time. We now know that it’s not," he added.

WE RECOMMEND
England vs West Indies: Throwback to Braithwaite's T20 World Cup 2016 last over hits
England selects experienced squad for Ashes tour
Ashes 2021 likely to go ahead with Joe Root set to lead the team in Australia: Report
James Anderson slams Australian skipper over comments on Joe Root & England players
Ashes 2021: 'If you are selected, you should go' says Andrew Strauss to England squad
Listen to the latest songs, only on JioSaavn.com