ICC Test Rankings For Bowling Latest: Tim Southee Climbs To No. 3 After Eng Vs NZ Heroics 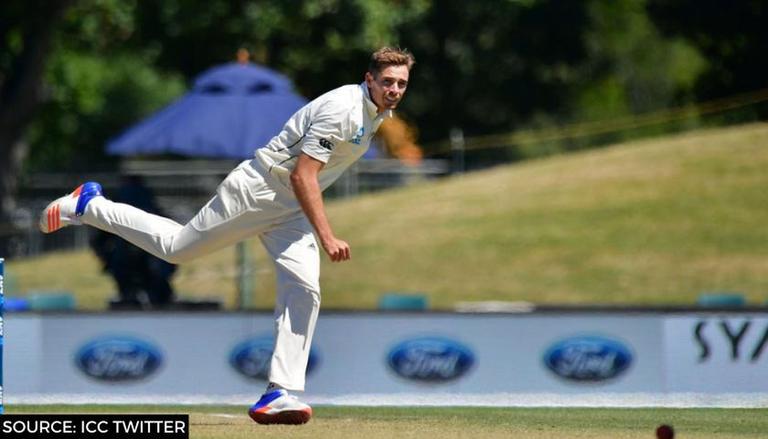 England and New Zealand recently drew the first Test of the two-match series at Lord's in London. While the game yielded no winner, there were a plethora of standout performances like Devon Conway's double ton (200) on debut, Rory Burns' 132, Tim Southee's 7/80, and debutant Ollie Robinson's 7/101. The batting rankings weren't largely affected, however, the Test rankings bowling witnessed some major changes making fans wonder who is no 1 bowler in ICC rankings?

ICC Test Rankings for bowling latest: Who is no 1 bowler in ICC rankings?

Courtesy of his stunning performance against England where he picked six and one wickets in the first and second innings respectively, Tim Southee has climbed to the third spot in the ICC Test Rankings for bowling latest. The Kiwi speedster has mounted three places in the ICC Test rankings. He now has 838 points to his name.

Tim Southee’s seven wickets in the first Test against England has pushed him to No.3 in the @MRFWorldwide ICC Test Rankings for bowling 📈 pic.twitter.com/9nd2ekGiPS

The No 1 Test bowler is Pat Cummins who is at the pinnacle of Test Rankings Bowling with 908 points to his name. Cummins is followed by Indian spinner R Ashwin who is sitting second with 850 points. With Australia not scheduled to play Test cricket in the near future, Tim Southee and R Ashwin have golden opportunities to become the No 1 Test bowler. While Southee has the second Test against England and the WTC Final to dethrone Cummins, Ashwin has the WTC final as well as the subsequent five-match Test series against England to go clear at the top of the ICC Rankings for bowlers in Tests.

Meanwhile, Southee will be back in action on Thursday, June 10 when the Kiwis take in New Zealand in the second and final Test of the series. The England vs New Zealand 2nd Test is going to be played at the Edgbaston, Birmingham. The live-streaming of the contest will begin at 3:30 PM (IST).