The defeat in two back-to-back ODIs against India has prevented South Africa from finishing in the top eight of the ICC World Cup Super League standings. 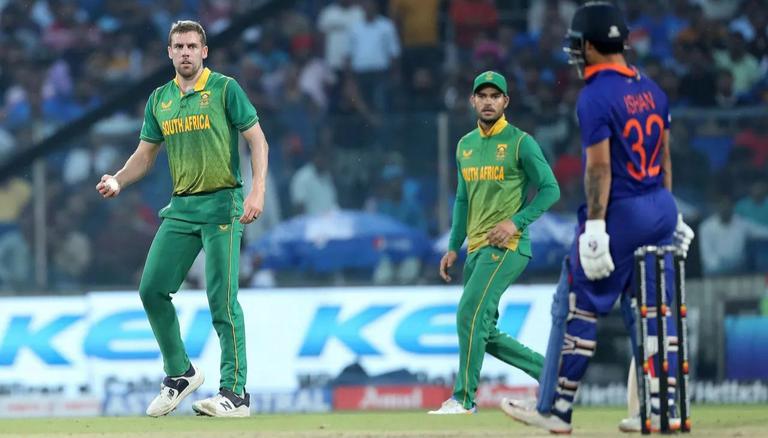 
India and South Africa locked horns against each other in the third ODI of their three-match series on Tuesday. South Africa's chances of finishing in the top eight of the ICC Cricket World Cup Super League points table sustained a huge blow as India beat them by 7 wickets to win the three-match contest 2-1. Kuldeep Yadav played a crucial role with the ball for India as they bowled the Proteas out for just 99 runs. Yadav picked up four wickets for 18 runs in the four overs that he bowled. India then chased down the low total with 185 balls remaining.

Mohammed Siraj, Washington Sundar, and Shahbaz Ahmed also picked two wickets each for India to restrict South Africa to under 100 runs. Heinrich Klaasen finished as the top run-scorer for the visitors as he hit 34 off 42 balls before being dismissed by Shahbaz. Janneman Malan and Marco Jansen also contributed with scores of 15 and 14 runs, respectively. The rest of the South African batters were dismissed for single-digit scores. Shubman Gill and Shreyas Iyer then finished the job for India with the bat as they scored 49 and 28 runs to help chase down the 100-run target.

The defeat in two back-to-back ODIs against India has prevented South Africa from finishing in the top eight of the ICC Cricket World Cup Super League standings. This means that the Proteas will now have to compete in the World Cup qualifier to make it to the next year's tournament, which is scheduled to be held in India. The top eight teams in the Super League points table will get a direct entry to the ICC Men's Cricket World Cup 2023, while the remaining teams will have to play in the qualifier along with five Associate members.