Although KKR failed to score big on Friday and went down to CSK by 27 runs, the Eoin Morgan-led side had made a dramatic comeback to reach the final. 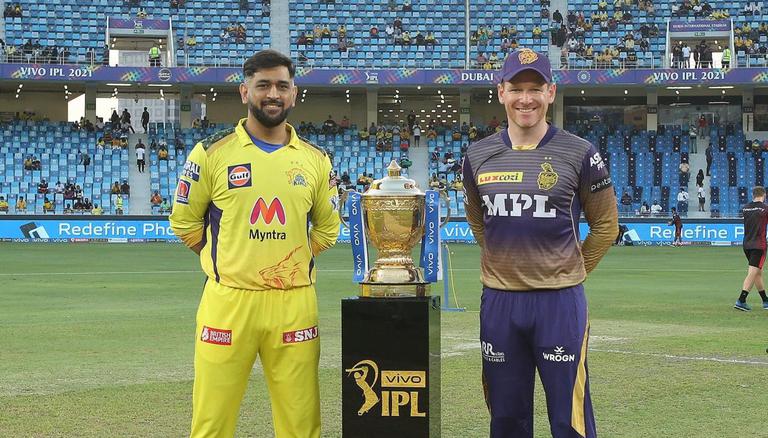 
Chennai Super Kings skipper MS Dhoni hailed Kolkata Knight Riders for putting up a great show in IPL 2021, saying "If any team that deserved to win this year's IPL, it was KKR."

Although KKR failed to score big on Friday and went down to CSK by 27 runs, the Eoin Morgan-led side made a dramatic comeback to reach the final of the competition by winning 5 out of 7 games in the second leg of IPL 2021. KKR were lurking behind at the bottom of the points table when IPL 2021 was postponed earlier this year. However, a solid performance in the second phase ensured a place in the final for the two-time champions.

"Before I start talking about CSK I think it's important that I talk about KKR. The position they were in the first half of IPL, it is very difficult to come back and do what they have really done. If any team deserved to win this year's IPL, I feel it was KKR.

Big credit to the support staff and all the players because it's not really easy whenever the team is not doing well, it becomes a difficult task. I think the break really helped them. Tremendous performance," Dhoni said in his post-match interview.

KKR suffered a humiliating collapse in the final as none of their middle-order batters managed to score runs. Shubman Gill and Venkatesh Iyer were the only batters who scored more than 50 runs for KKR.

Gill and Iyer were dismissed by Deepak Chahar and Shardul Thakur respectively. Thakur struck twice in his 11th over as he removed Nitish Rana for a duck after getting rid of Venkatesh Iyer.

Sunil Narine was promoted up the order by his team but failed to fire and was dismissed by Josh Hazlewood for just two runs. KKR skipper Eoin Morgan scored 4 off 8 balls before being dismissed by Hazlewood. Dinesh Karthik was out for 9 as Ravindra Jadeja picked up his wicket.

READ | David Warner hails MS Dhoni for winning 4th IPL title; 'What can you say about this man?'

Earlier in the match, CSK posted a mammoth total of 192 runs in 20 overs for the loss of just three wickets. CSK openers Ruturaj Gaikwad and Faf du Plessis provided a solid start as they forged yet another 50-run partnership. Gaikwad hit 32 off 27 balls before he was dismissed by Sunil Narine. Du Plessis, on the other hand, scored an impressive half-century as Robin Uthappa joined him in the middle after Gaikwad's dismissal.

Uthappa scored a quickfire 31 off 15 balls before being removed by Narine. Moeen Ali then joined Du Plessis in the middle and finished the innings for CSK with a cameo of 37 off 20 balls. Du Plessis was eventually dismissed by Shivam Mavi off the final ball of the innings.

Du Plessis scored 86 off 59 balls, including 3 sixes and 7 boundaries. Faf du Plessis was adjudged the Player of the Match for his remarkable innings under pressure.