I'm At Least Happy That We Managed To Look At Indian Team Before World Cup: Sri Lanka Coach Chris Silverwood

From 103 for 1 in 17.2 overs, Sri Lanka were done in by some quality spin bowling and folded for a paltry 215 inside 40 overs after opting to bat on a beautiful flat deck at Eden Gardens. 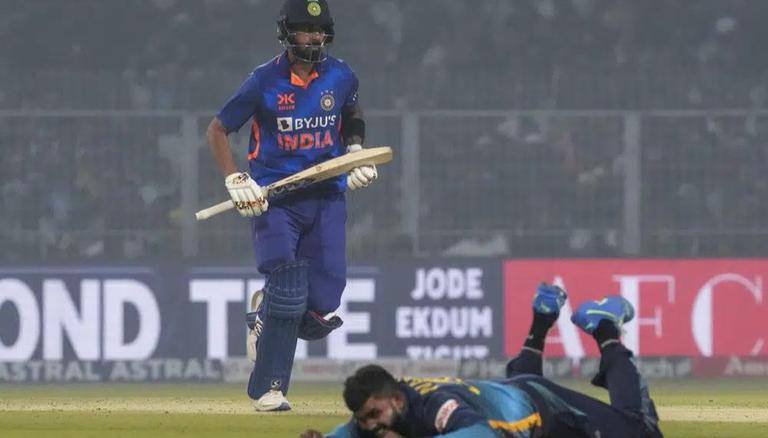 
Sri Lanka head coach Chris Silverwood has blamed the senior batters for failing to step up in the second ODI and said they will have to "learn their lessons" before they return to India for the World Cup later this year.

From 103 for 1 in 17.2 overs, Sri Lanka were done in by some quality spin bowling and folded for a paltry 215 inside 40 overs after opting to bat on a beautiful flat deck at Eden Gardens.

India overcame some early jitters to secure a four-wicket win that gave them an unassailable 2-0 lead in the three-match ODI series.

"We got ourselves to blame. We had a great start which was superb. But when the spin came on we lost wickets at regular intervals and put us under pressure," Silverwood said at the post-match media conference here on Thursday.

"We can't keep losing wickets. We should have posted a big score on the back of a good start. Two-three senior players in the middle order needed to step up and post a big score for us and that did not happen for us." "We have to learn to post big scores. With the World Cup coming back here in a few months time, we have to make sure to learn the lessons with the bat and the ball as well." Left-arm wrist spinner Kuldeep Yadav (3/51) triggered the collapse, claiming three wickets in his first five overs, while Axar Patel bagged 1 for 16 from his five overs.

Sri Lanka also lost their topscorer Nuwanidu Fernando by runout in that middle phase as in no time they were reduced to 126 for 6. It took some lusty hitting from late order batters to go past the 200-mark.

"Obviously some good Indian bowling but we didn't play well in that middle phase. Maybe there was a bit of help for the spinner and the ball was holding a bit, but the fact is it was not a pitch where you will be bowled out," Silverwood said.

"A lot of credit to the Indian side for the way they bowled and fought. Losing those wickets obviously made it difficult for us. We liked to have pushed on, certainly it's something that we need to address.

"The Indian bowlers operate in their own conditions, hit length hard, consistently on good areas. I'm at least happy that we have managed to look at them before we come here for the World Cup (in October-November). I hope that we can address that," he signed off.

Sri Lanka will face India in the third and final ODI on Sunday.