IND VS ENG: Rohit Sharma And Cheteshwar Pujara Skip Fielding Due To Injuries 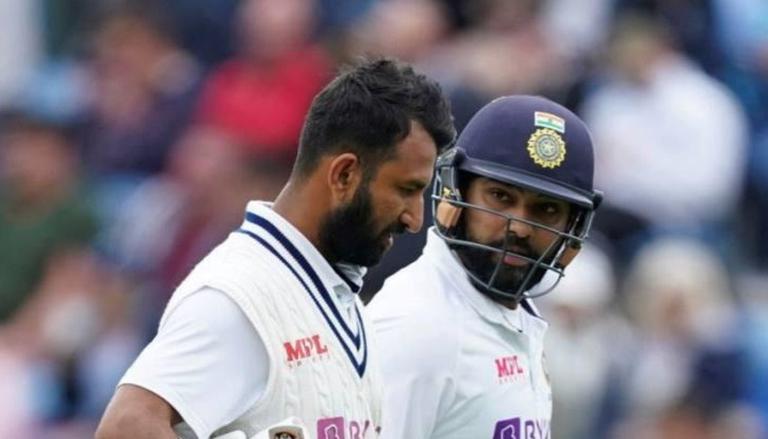 
Senior Indian batsmen Rohit Sharma and Cheteshwar Pujara did not take the field during England's second innings on day four of the fourth Test due to knee and ankle injuries sustained during their 153-run batting partnership. The BCCI issued a tweet saying, “Rohit Sharma and Cheteshwar Pujara will not take the field. Rohit has discomfort in his left knee while Pujara has pain in his left ankle. The BCCI Medical Team is assessing them,” in their official Twitter handle. Pujara had twisted his left ankle and spent the majority of the game being bandaged. During his hundred, Rohit also suffered a left knee injury.

UPDATE - Rohit Sharma and Cheteshwar Pujara will not take the field. Rohit has discomfort in his left knee while Pujara has pain in his left ankle. The BCCI Medical Team is assessing them. #ENGvIND pic.twitter.com/ihMSUPR7Im

While it is unknown what caused Rohit's discomfort, Pujara twisted his ankle while batting on Saturday, 4 September 2021. Pujara's ankle twisted quite badly as he went to the non-end striker's to complete a single. He collapsed immediately and required medical attention, prompting team physio Nitin Patel to rush out. During a brief pause in play, heavy layers of tape were applied to Pujara's ankle, after which the batsman was up and ready to go, scoring his second half-century of the series.

On Saturday, opener Sharma hit his first Test century outside India, scoring 127 in the second innings. As India posted a mammoth 466 in their second innings, he added a crucial century stand for the second wicket Pujara, who made 61.

India put up a huge target for England

In terms of the match, India set a 368-run target for the hosts on Sunday after overcoming a 99-run first-innings deficit in the ongoing fourth Test against England at The Oval. India's lower order once again showed bravery by scoring runs, with Shardul Thakur hitting his second consecutive fifty and Umesh Yadav and Jasprit Bumrah scoring 25 and 24 runs, respectively.

Along with Shardul Thakur, Rishabh Pant hit a half-century on the penultimate day of the tour, as India posted their highest-ever total on this tour. Pant, who had struggled with the bat earlier in the series, batted with more intent and went on to record his first fifty-point game of the tour.

Following a draw in the first Test at Nottingham, India defeated England in the second Test at Lord's, winning by 151 runs. England won the third test match by an innings and 76 runs. The five-match Test series is tied at 1-1, with the final test scheduled for Manchester.