Mohammed Shami (56) and Jasprit Bumrah (34) shared an unbeaten 89 run partnership to bring India back in the game after Rishabh Pant's (22) early dismissal. 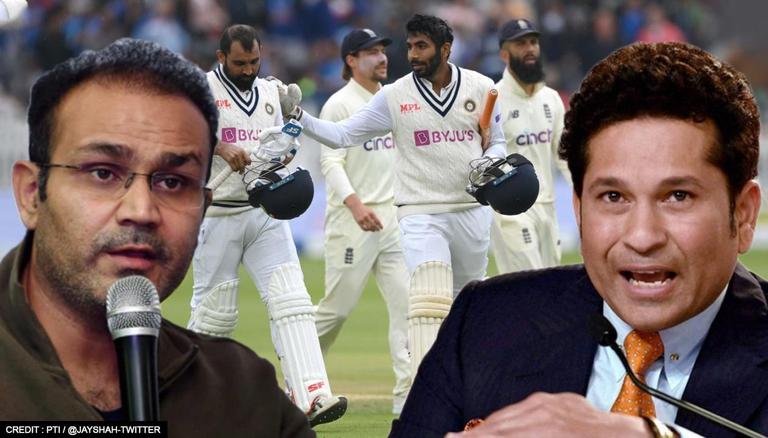 
As Day 5 of the second Test is underway, Mohammed Shami and Jasprit Bumrah stunned the English bowling attack after they weaved the highest ninth-wicket partnership for India in England. With Rishabh Pant back in the pavilion early, it looked like the start of the end for India on the final morning of the second Test against England at the Lord's Cricket Ground on Monday.

But what followed was nothing short of a miracle as Mohammed Shami registered the second fifty of his Test career and Jasprit Bumrah hit an unbeaten 30 as India walked back for the lunch break with the game evenly balanced. The fightback from Jasprit Bumrah and Mohammed Shami entirely changed the complexion of the game and pushed England on the back foot.

At lunch, India's score read 286/8 after 108 overs in the second innings, leading the hosts by 259 runs. Shami (52* off 67) and Bumrah (30* off 58) frustrated the English bowling attack throughout the opening session of the final day. Finally, India set the target of 272 for England to win the second Test after declaring their second innings at 298 for 8 on the fifth and final day on Monday.

Mohammed Shami (56) and Jasprit Bumrah (34) shared an unbeaten 89 run partnership to bring India back in the game after Rishabh Pant's (22) early dismissal.

Now, the sports fraternity of India are praising Shami and Bumrah for showing a brilliant fightback when Team India was under immense pressure. Sachin Tendulkar, Virender Sehwag, VVS Laxman, Yuzvendra Chahal and more took to their Twitter handles to laud Bumrah-Shami partnership.

Calling this partnership crucial would be an understatement. It has changed the complexion of the game! Well done @MdShami11 and @Jaspritbumrah93!

Go for it #TeamIndia. 🇮🇳#ENGvIND

Waah ! Mazaa aa gaya.
What a wonderful partnership between Shami and Bumrah. They may not have the best of techniques but from experience i Can say that bowlers have a big heart. And Ishant, Shami and Bumrah have displayed just that today at a decisive stage in the #LordsTest . pic.twitter.com/y72j3BRdpB

Following the stunning fightback, Mohammed Shami and Jasprit Bumrah received a standing ovation from not only the crowd but also Team India when they were heading back to the Lord's dressing room. BCCI took to its Twitter handle and shared the video of Team India giving a rousing reception to Bumrah and Shami during the Lunch break.

Sanjay Manjrekar who was doing commentary at that time said, "This team is really special because when Mohammed Shami and Jasprit Bumrah were going to the dressing room in lunch, the whole team came down from the balcony to welcome them."