IND Vs NZ, 2nd Test: Will Cheteshwar Pujara Sacrifice No. 3 Spot To Open For India?

Cheteshwar Pujara has played as an opener for India in the past. He has opened in six innings, all which have come in the subcontinent conditions. 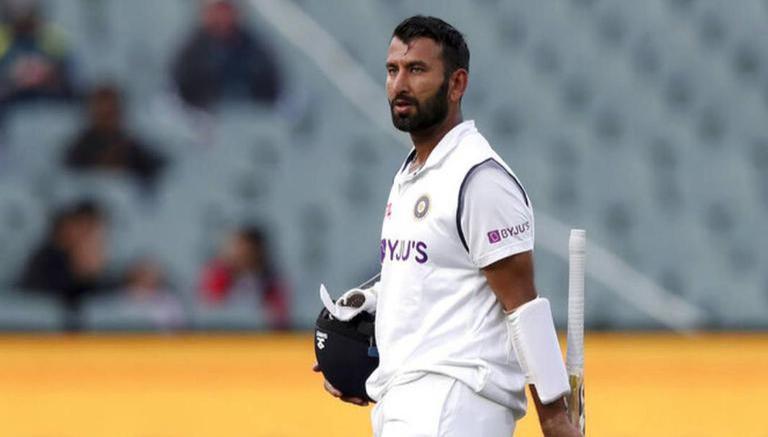 
Indian skipper Virat Kohli is all set to return for the second Test match against New Zealand in Mumbai. In absence of Kohli, Shreyas Iyer was given an opportunity to play in the first Test and the debutant grabbed it with both hands as he scored a century and a half-century in the match. The Indian team management is now in a difficult position in regards to selection for the second Test as they will have to leave somebody out of the playing XI in order to make room for Kohli

The big question is - who is going to leave his spot to allow Kohli to come back into the team for the second Test against the Kiwis? Is it going to be Ajinkya Rahane, Cheteshwar Pujara, Mayank Agarwal, or Shreyas Iyer? Let's assume for a moment that Iyer does receive another chance after an incredible debut in Kanpur. That leaves the selectors with a choice between Rahane, Pujara, and Agarwal.

Although Agarwal is the only non-regular member of the Indian Test squad amongst the three players, it could be either Rahane or Pujara who might have to sacrifice their place for Kohli as the duo has been in very bad form for the past couple of months. However, if the team management decides to drop Agarwal for the second Test match then Pujara could be promoted to open the batting alongside Shubman Gill.

Pujara has played as an opener for India in the past. He has opened in six innings, all of which have come in the subcontinent conditions. The right-handed batter averages a whopping 116 with the bat and has been dismissed only three times. Pujara's record in India speaks for itself as he averages more than 50 in his home country. In comparison, Rahane has the third-worst average amongst Indian batters who have played at least 32 Tests at home. Rahane averages 35.73 in Tests in India.

READ | IND vs NZ: Fans predict 'it's end of road' for Cheteshwar Pujara after he departs on 22

As far as the first match is concerned, the series opener ended in a draw after New Zealand managed to bat until stumps on Day 5, denying India a chance to register yet another victory in home Tests. India were favourite to win the game on Day 5 before Rachin Ravindra and Ajaz Patel forged a crucial last wicket partnership to ensure the Kiwis reach the finish line without losing another batter. India needed just 1 wicket to win the game but the bowlers failed to break the association between Ravindra and Patel.

Earlier in the same match, Shreyas Iyer smashed a century and a half-century to become the first-ever Indian batter to score a ton and a fifty on Test debut. He also became the 16th India batter to hit a century on debut Test. India On the back of Iyer's century, India posted a total of 345 runs in the first innings. In reply, New Zealand could amass just 296 runs, leaving India with a lead of 63 runs. India then scored another 234 runs and put a target of 284 runs for new Zealand to chase in the final innings.