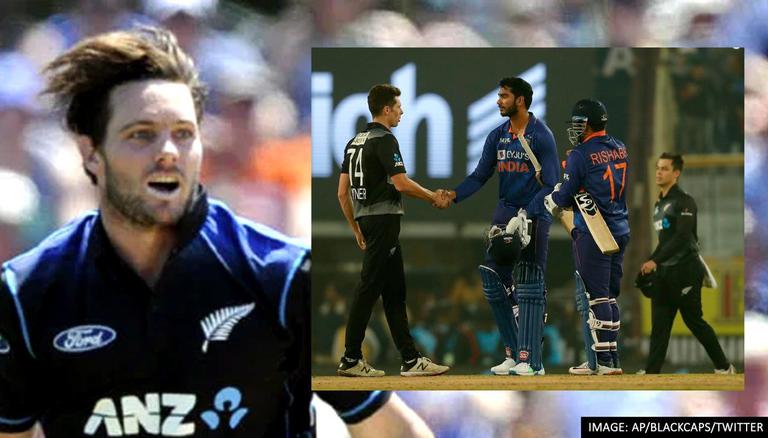 
India on Friday defeated New Zealand to seal three matches T20 series at the JSCA International Stadium in Ranchi by 7 wickets. The following series by Team India comes close in the heels of the T20 World Cup wherein the Black Caps defeated the Men In Blue and pushed them to the brink of elimination from the ICC marquee tournament. However, speaking on the Kiwis' recent defeat to India in T20 Series, New Zealand speedster Mitchell McClenaghan has called Tim Southee & Co's downfall meaningless.

Responding to a fan on his Twitter handle on Saturday, Mitchell McClenaghan called New Zealand's series defeat meaningless. Furthermore, he stated that New Zealand started playing series against India in just 72 hours after the defeat in the T20 World Cup final. Also, the three games of India vs New Zealand series is taking place in a span of 5 days against a team who already had 10 days rest in their home condition.

Did they? You mean in meaningless series 72 hours after a WC final defeat with 3 games in 5 days playing a team with 10 days rest in their home conditions? https://t.co/jldmmH58YZ

Irked by his response, another fan asked Kiwi pacer what would he have said if New Zealand had defeated India in the same schedule? To that McClenaghan responded that he would have praised the Black Caps.

Coming back to India vs New Zealand series, the final T20 of the three-match series will take place on November 21, 2021, at the Eden Gardens in Kolkata. Team India skipper Rohit Sharma might look to test the bench strength as the Men In Blue have already won the series by 2-0. During the second T20, skipper Rohit Sharma and his deputy KL Rahul stitched an enterprising century-plus opening stand to power India to a comfortable seven-wicket win over New Zealand and took an unassailable 2-0 lead in the three-match series in Ranchi on Friday. Speedster Harshal Patel who debuted for India on Friday was adjudged as Man of the Match for his brilliant spell of 2-25 in 4 Overs.

After the completion of India vs New Zealand T20I series, both teams will play the two-matches Test series. The two Tests will be played in Kanpur's Green Park Stadium between November 25-29 and in Mumbai's Wankhede Stadium between December 3-7.