IND Vs NZ: Rahul Dravid On Team Selection For SA Tour; 'Something Which Will Challenge Us'

Rahul Dravid was happy with Mayank Agarwal, Shreyas Iyer, Axar Patel, Jayant Yadav and Mohammed Siraj made the most of their opportunity 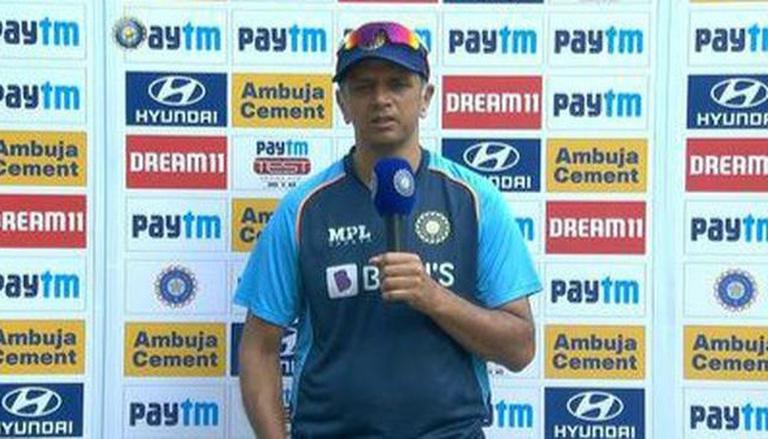 
Team India Head coach Rahul Dravid sounded happy with the way the Indian youngsters have stood up to the challenge in the absence of a number of senior stars. The likes of Jasprit Bumrah and Mohammed Shami weren’t a part of the series, but the other bowlers stood up to the task. Even Virat Kohli didn’t play the first Test.

Jayant Yadav also showed his skills at the Wankhede Stadium. Axar Patel has been a revelation in Test cricket. Dravid praised the youngsters for taking charge in the crunch moments.

It's nice to see the youngsters do well says Rahul Dravid

"Good to see the boys step up and take their opportunities, we were missing a few seniors, but the youngsters have taken their chances. Jayant (Yadav) found it difficult yesterday but came up well this morning. A lot of these guys don't get the opportunity to play a lot (of Test cricket), but it's nice to see them do well, especially the likes of Shreyas Iyer, Mayank Agarwal, Axar Patel and Jayant," Dravid said.

Dravid also said that there’s healthy competition for places in the national team. "It's a good situation to be in (on team selection), we had some injuries in the lead-up to this game, that's something which will challenge us. "The boys are playing a lot of cricket, in different formats, and we need to ensure the workload on them. But everyone is challenging for places, that's good to see with the amount of cricket coming up. But it is a good headache to have," he added.

READ | Mayank Agarwal watches his name getting inscribed on Honours Board at Wankhede; see pics

After their 1-0 series win over the Black Caps, the team is next scheduled to play South Africa in three Tests and as many ODIs. The BCCI is yet to announce the squads for the series.