India vs New Zealand: The Men in Blue are set to compete in their first T20I series under the new leadership of captain Rohit Sharma and head coach Rahul Dravid 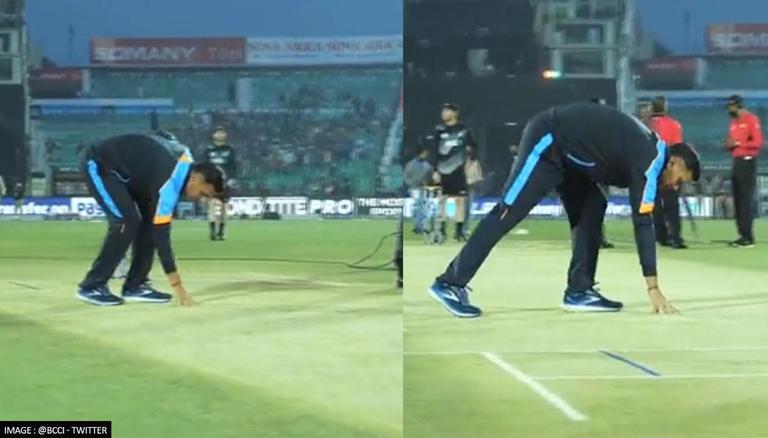 
Team India is all set to compete in their first T20I series under the new leadership of captain Rohit Sharma and head coach Rahul Dravid. The first of the three-match India vs New Zealand T20I series will commence live at 7:00 PM IST on November 17, from the Sawai Mansingh Stadium in Jaipur.

Ahead of the toss, Dravid can be seen inspecting the pitch. The India national cricket team is well aware of the importance of the toss as seen in the recently concluded T20 World Cup, where the team winning it seemed to win most of the matches.

🎥 What does the pitch have in store? 🤔#TeamIndia Head Coach Rahul Dravid has a close look at the wicket. #INDvNZ @Paytm pic.twitter.com/cpK86uj51v

Team India win the toss and choose to field first

While speaking at the toss, Team India skipper Rohit Sharma explained his rationale to field first and also gave an insight into the playing 11. "The wicket looks good. Thought behind is to have a score behind us, there was quite a lot of dew while practicing from a couple of days. It's been good, has been only 2 days, been a quick turnaround, back from Dubai, spent a couple of days and back here. But it'll be good for the team. We have Shreyas Iyer back, Venkatesh is debuting, Bhuvi, Siraj and Chahar are back. We're playing three spinners and two spinners. We have one eye on the next World Cup. It's a lot of time ahead. We'll try our options, some results might not be immediate, but the process will be crucial.