Team India landed in South Africa on Thursday evening for their tour, starting on December 26, with the first Test match at the SuperSport Park in Centurion. 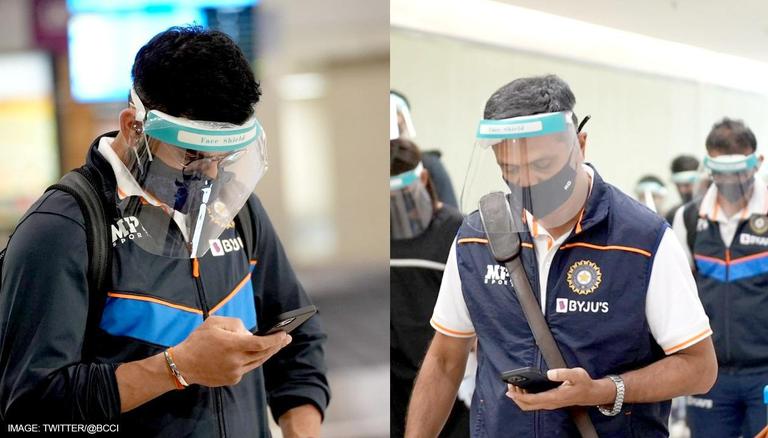 
The Board of Control for Cricket in India (BCCI) took to its official Twitter handle on Thursday evening, and posted the first glimpses of the Virat Kohli-led Indian cricket team, for their tour of South Africa. India is due to face the Proteas team in a three-match Test series and a three-match ODI series. The tour will kick off on December 26, with the first Test match of the series at the SuperSport Park in Centurion.

The Indian cricket team has undergone turmoil in the past few days because of the revelations that have come to light, following Kohli’s sacking from the leadership role of the ODI team of India. Kohli’s virtual press conference ahead of India’s departure for their upcoming tour became the main talking point for all cricket enthusiasts as Kohli refuted many claims that were earlier made by the BCCI regarding communication with him.

Rohit Sharma will not play in the Test series

Meanwhile, after being appointed as the skipper of both limited-overs teams Rohit Sharma was injured during a practice session in Mumbai last week and will miss the test series, however, he will be fit to lead India in the ODIs. During his interview, Kohli also revealed he is available for selection in the ODI and slammed all reports which stated he will miss the series due to some other commitments. At the same time, Kohli will miss the services of Rohit in the Test series, but fully support Rohit and head coach Rahul Dravid in the limited-overs format.