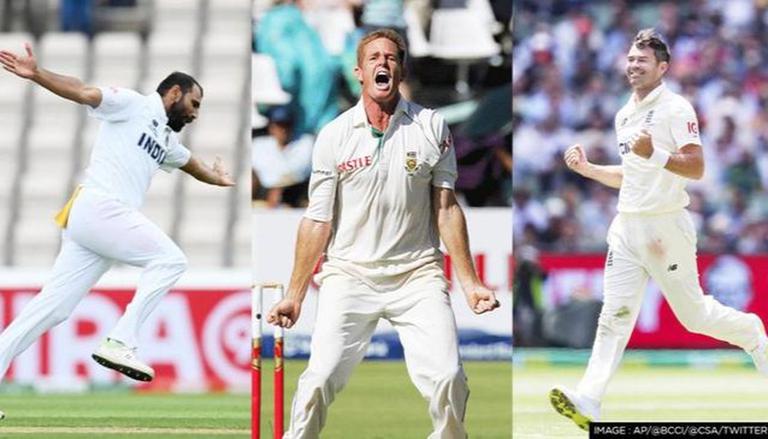 
As India take on South Africa in the first IND vs SA Test of the three-match series, Team India put on a brilliant display both with the bat and then with the ball in the first two innings of the ongoing match. India put up a target of 327 courtesy of a brilliant century from KL Rahul and then the bowling unit managed to dismantle the South African team for 197 with Mohammed Shami the pick of the bunch as took five wickets. Shami's performance drew a lot of deserved praise including from legendary South African cricketer Daryll Cullinan who said that Shami reminds him of England veteran James Anderson and South African legend Shaun Pollock.

While watching replays of Shami's masterclass against South Africa, Cullinan said that the Indian pacer's seam position is 'up there and watching Shami reminded him of Shaun Pollock and James Anderson. Cullinan added that Shami was always on strike with his slight variations and seam positioning. "Just watch his seam position. It is perfectly up there. Watching him bowl reminded me of Pollock and Anderson that doesn't seem to waste the ball. He was on strike constantly with subtle variations and seam positions. It's not as if the batters are anticipating his line and length," Cullinan said on ESPNCricinfo.

Cullinan then said that it was Shami's control in the IND vs SA 1st Test, that makes him as good as he finds the right length which is very vital. He also added that Shami thinks through everything before going completely with it. "It's just that control which may vary a foot wider and foot fuller. That’s what to me makes him so good. He finds that in-between length which is the big key. He is constantly asking you questions. There is a thought process behind everything he does," added the South African legend.

In the India vs South Africa first Test match, Shami had sensational innings as he took five wickets which included three from the top five, Aiden Markram, Keegan Petersen and Temba Bavuma and then went on to take Wiaan Mulder and Kagiso Rabada's wickets as well. Shami did so in 16 overs while conceding only 44 runs maintaining an economy of 2.75 and he also managed to bowl five maiden overs.