IND Vs SA: Virat Kohli Opens Up On Rohit Sharma's Injury Ahead Of Test Series

Rohit Sharma was recently ruled out of the IND vs SA three-match Test series owing to a hamstring injury. The news was confirmed by BCCI. Read on. 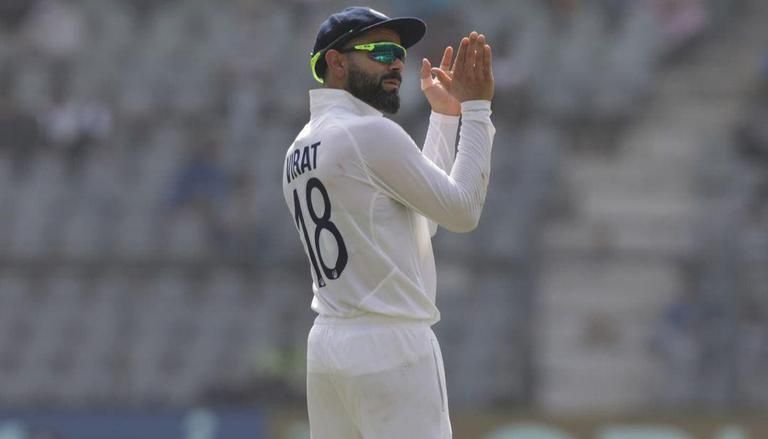 
Team India Test skipper Virat Kohli on Wednesday, December 15, said that the team will miss the services of Rohit Sharma during the upcoming three-match Test series against South Africa.

Rohit Sharma was recently ruled out of the IND vs SA three-match Test series owing to a hamstring injury. The news was confirmed by BCCI. The news was a major blow for the Mumbai batsman who was promoted to vice-captaincy taking place of Ajinkya Rahane before the tour to the rainbow nation.

During the press conference on Wednesday, Virat Kohli said;

"Will miss Rohit Sharma's abilities a lot during Test series against South Africa".

With Rohit Sharma ruled out of the Test series the BCCI has also called upon 31-year-old Priyank Panchal to replace Rohit Sharma in India's Test squad. The Gujarat batter also led the India A team during their three unofficial four-day matches.

READ | Virat Kohli Press conference live updates: 'No problem between me and Rohit'

Virat Kohli during the press conference praised Rohit Sharma for his leadership. He said, "My responsibility is to push the team in the right direction. Rohit is a very able captain and tactically very sound. Along with Rahul bhai, who is a great man-manager. They will get my 100 per cent support in ODIs and T20Is".

READ | Virat Kohli says 'No problem between me & Rohit Sharma, tired of clarifying for 2 years'

Coming to the three-match Test series Virat Kohli led Team India will play the opening Test match at Super Sports Park in Centurion from December 26 to 30. The Wanderers Stadium in Johannesburg will be the host to the second India vs South Africa Test which will be played between January 3 to 7 next year. The third and final India vs South Africa Test will be played in Newlands, Cape Town between January 11 to 15.