Manish Pandey looked very late on attempting the catch. The catch drop occurred on the last ball of the second over following which Bhanuka went on to score 36 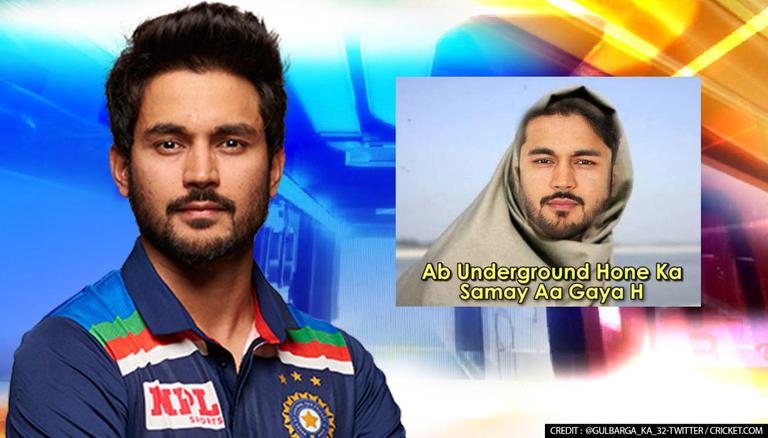 
Team India's Manish Pandey dropped an absolute sitter off Deepak Chahar's bowling during the second match of the ongoing ODI series against Sri Lanka. Manish Pandey was fielding at the slips when Sri Lankan opener Minod Bhanuka edged a delivery away from his body, which the Indian fielder dropped after going down for the catch. The dropped catch occurred on the last ball of the second over following which Bhanuka went on to score 36 off 48 balls.

In the following over, Bhuvneshwar Kumar dropped an easy catch because he fell short of the length while attempting to leap upwards and stop Avishka Fernando's attempted six. The ball cleared the rope by inches. Meanwhile, netizens are reacting to Pandey's drop catch with memes and jokes on social media despite him amending his mistake by taking the catch of Bhanuka off Chahal's bowling. Manish Pandey is regarded as one of the best fielders in the outfield, however, his slip fielding has not been as impressive in the recent past.

When Manish Pandey took the catch of #Yuzichahal
Yuzi Chahal be like:- pic.twitter.com/GRjE8Y3b1k

#Indvssri #IndvsSl #2ndodi
Manish Pandey and Bhuvi dropped catches had those catches been taken it would have been altogether a different scenario.
Drop the catch, drop the match.
But Indian batsmen are there to answer.

Catches Win Matches ,
If India Lose , Then The Culprit will be Manish Pandey

Sri Lanka captain Dasun Shanaka won the toss and elected to bat first in the second ODI against India. Sri Lanka has lost two wickets so far and are currently batting at 119/2 in 25 overs. Yuzvendra Chahal once again provided an early breakthrough to India as he picked two back-to-back wickets in the 14th over of the match. Chahal dismissed well-set opener Avishka Fernando and then took Bhanuka Rajapaksa's wicket for a golden duck.