Ind Vs SL: Sheldon Jackson Unhappy With Being Left Out Of Squad And Here's What He Did

IND vs SL: Saurashtra wicketkeeper-batsman Sheldon Jackson took to Twitter & expressed his disappointment after being left out of the India squad for Sri Lanka. 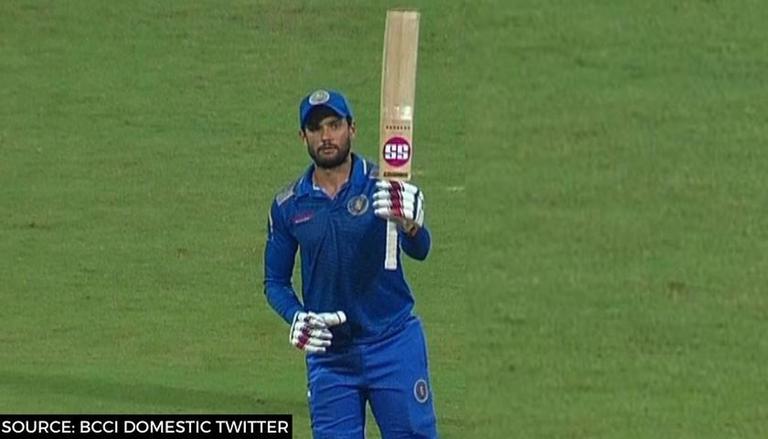 The Board of Control for Cricket in India (BCCI) on Thursday announced a mega 20-man squad for the limited-overs series against Sri Lanka. With Virat Kohli and co. busy with WTC Final 2021 and subsequent five-match Test series against England, Shikhar Dhawan has been appointed as the captain of the India squad for Sri Lanka whereas Bhuvneshwar Kumar has been named his deputy. While a number of youngsters have received maiden call-ups, some players have missed out despite their impressive performances in the domestic circuit.

IND vs SL: Sheldon Jackson expresses disappointment after being left out of Indian squad

One such player is Saurashtra wicketkeeper-batsman Sheldon Jackson who failed to make the cut to the second-string Indian squad. The 34-year old is among the four players to score over 750 runs in a single Ranji Trophy season on four occasions. Despite his consistency, the cricketer has been overlooked time and again not only from the national squad but also from India A sides.

Reacting to his snub for the IND vs SL series, Jackson took to Twitter and expressed his disappointment. After the India squad for Sri Lanka series was announced, Jackson, who felt he has was hard done by, posted a heartbroken emoticon on the micro-blogging site to express convey his feelings.

Sheldon Jackson, who is a wicketkeeper-batsman, has been a crucial part of the Saurashtra outfit in the domestic circuit for almost a decade. In 76 first-class matches, Jackson has scored 5,634 runs at a stunning average of 49.42 with 19 centuries and 27 half-centuries. The 34-year old was a part of the Saurashtra side that clinched the Ranji Trophy earlier this year.

READ | Kiran More says Indian batting must click as a 'unit' in order to win the WTC Final
First Published: 11th June, 2021 13:06 IST
SUBSCRIBE TO US