Shikhar Dhawan-led India won the third and final One-Day International against West Indies by 119 runs to secure the three-match series with a 3-0 margin. 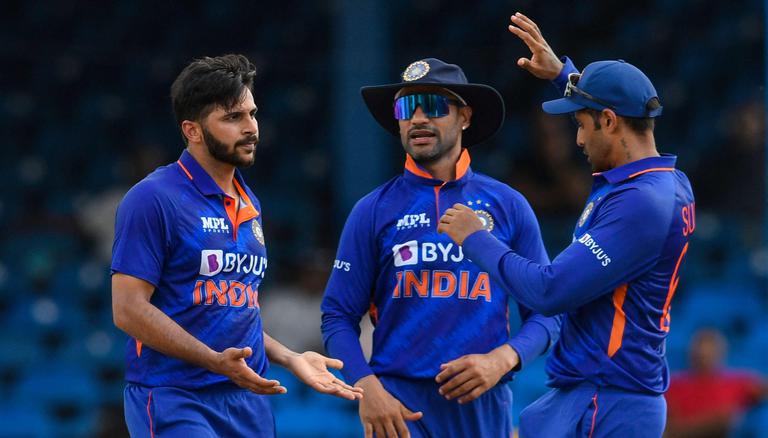 
The Indian Cricket Team on Wednesday won the third and final One-Day International to secure the three-match series against West Indies 3-0. With this, the Shikhar Dhawan-led side scripted history as they became the first Indian team to hand a whitewash to West Indies in an ODI series in their own backyard. India had never whitewashed West Indies in a bilateral ODI series held in the Caribbean. India and West Indies have been playing bilateral ODIs since 1983.

India defeated West Indies in an ODI series at home earlier this year but the side had never clean swept the two-time World champions in their own backyard. This is the first time an Indian team has handed a clean sweep to West Indies in an ODI series in the Caribbean islands. Shikhar Dhawan led the Indian side to achieve the historic feat without some of the most prominent players the Men in Blue have, including the likes of Virat Kohli, Rohit Sharma, and Jasprit Bumrah.

As far as the third ODI is concerned, India won the match by a massive margin of 119 runs. Earlier in the game, Indian skipper Shikhar Dhawan won the toss and elected to bat first. India scored 225/3 in 36 overs before the innings was cut short due to rain. Shubman Gill was batting at 98 and Sanju Samson at 6 off 7 balls before the Indian innings was halted due to bad weather. Dhawan had already scored a half-century while batting at the top of the order.

When play resumed, the DLS method was put in place and West Indies were asked to chase 257 runs in 35 overs. Indian bowlers started the second innings with a bang they picked two wickets for zero runs on the board. Mohammed Siraj picked the two wickets in the second over of the innings. Brandon King and Nicholas Pooran were the highest run-scorer for the Men in Maroon, scoring 42 runs each. West Indies were eventually dismissed for 137 runs.

Yuzvendra Chahal picked four wickets for India, while Shardul Thakur picked two wickets. Axar Patel and Prasidh Krishna each picked one wicket to their name. Gill was named both the player of the match and the player of the series.

READ | 'They are young in age but...': Shikhar Dhawan on India's historic ODI series sweep in West Indies
SUBSCRIBE TO US