Shikhar Dhawan also reached a personal milestone in the process as he became the fourth-fastest batsman to score 6,000 runs in ODI cricket, overtaking Joe Root. 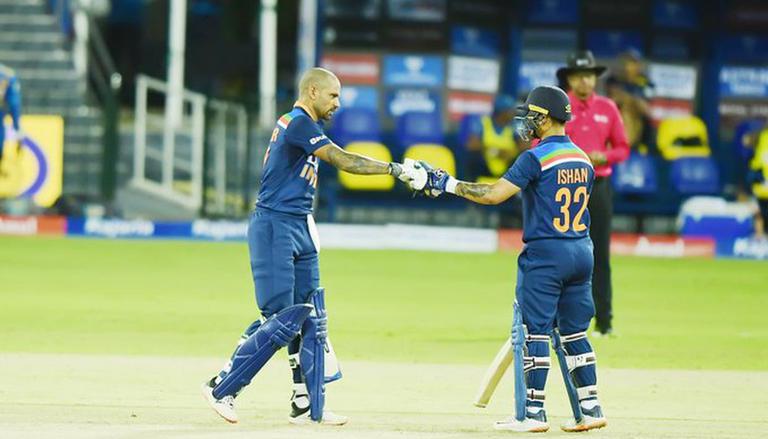 
India on Sunday registered a couple of milestones after comprehensively beating Sri Lanka in the first ODI to take a 1-0 lead in the ongoing three-match series. India is now tied with Australia and Pakistan for the most ODI victories against a single opponent. India has won 92 One-Day Internationals (ODIs) against Sri Lanka, matching Australia and Pakistan, both of whom have won 92 ODIs against New Zealand and Sri Lanka, respectively. The young Indian side lead by Shikhar Dhawan beat the islanders by 7 wickets as they chased down 263 runs in just 36.4 overs.

How good were these two in the chase! 👏👏

Sri Lanka captain Dasun Shanaka won the toss and elected to bat first at R. Premadasa Stadium in Colombo. Batting first, Sri Lanka were able to put 262 runs on the board in 50 overs. Avishka Fernando and Minod Bhanuka provided a good start to the Lankans as they opening a partnership of 49 runs before the former was sent back by Yuzvendra Chahal. Bhanuka Rajapaksa and Dhananjaya de Silva also contributed coming at number 3 and 4 as they scored 24 and 14 runs respectively. Charith Asalanka and Dasun Shanaka made a decent score of 38 and 39 runs before being dismissed by Deepak Chahar and Chahal.

Chamika Karunaratne surprised everyone by coming in at number 8 and top-scoring for Sri Lanka with 43 off 35 balls. Karunaratne hit a couple of sixes off Bhuvneshwar Kumar's bowling in the final over of the first innings to help Sri Lanka post a decent total. Meanwhile, India began the second innings with a different intent as Prithvi Shaw started hitting the ball from the word go. Shaw scored a quick 43 off 24 balls before he was dismissed by de Silva. Ishan Kishan came in and continued with the same momentum as he scored his maiden half-century (59) on debut. Meanwhile, Dhawan played the role of an anchor as helped steadied the innings while wickets were falling on the other end.

Manish Pandey joined Dhawan in the middle and scored 26 off 40 balls before being dismissed by de Silva. Suryakumar Yadav and Dhawan finished the game towards the end as they remained unbeaten at 86 and 31 runs respectively. Dhawan also reached a personal milestone in the process as he became the fourth-fastest batsman to score 6,000 runs in ODI cricket, overtaking England's Joe Root. Shaw was adjudged the player of the match for his early fireworks that provided India the much-needed momentum.