India-New Zealand 2nd Test To Be Held With 100% Capacity At Wankhede Stadium: Report

Maharashtra government has given its nod to the Mumbai Cricket Association (MCA) to 100 percent seating capacity for the upcoming India-New Zealand 2nd Test. 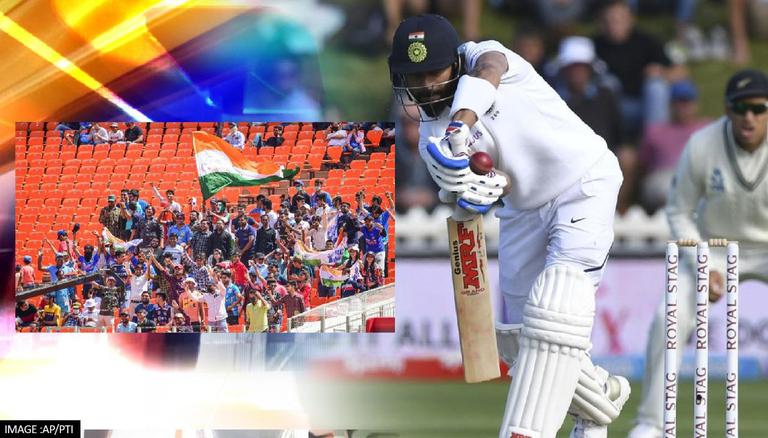 
Maharashtra government on Sunday gave its nod to the Mumbai Cricket Association (MCA) to 100 percent seating capacity for the upcoming India-New Zealand Test at the Wankhede Stadium from December 3. MCA's Bandra-Kurla Complex will also host a preparatory camp for India's Test specialists ahead of the two-match series against New Zealand. ANI quoted sources within the MCA who informed that the Maharashtra government has indeed given the go-ahead for having 100 percent capacity for the second Test at Wankhede.

"Yes, the government has allowed to have 100 percent capacity for the second Test at Wankhede. We will also be hosting a preparatory camp at the Bandra-Kurla Complex from Monday to give the players a proper chance to get ready for the series," sources told ANI.

It is pertinent to mention here that the MCA had written to the Maharashtra government to allow a 100 percent crowd for the second Test of the two-match series between India and New Zealand, beginning December 3.

After completing the T20 World Cup, the New Zealand team will tour India for a bilateral series to play 3 T20s and 2 Tests. Following the disappointing defeat to the New Zealand Cricket Team in the T20 World Cup, the Indian team will hope to get their revenge in the upcoming T20I series. The India vs New Zealand T20I series is scheduled to take place from November 17 to November 21. This is set to be the India National Cricket Team's first series under the captaincy of Rohit Sharma and the coaching of Rahul Dravid after former T20 skipper Virat Kohli and coach Ravi Shastri stepped down from their respective positions after the T20 World Cup 2021.

The India vs New Zealand T20 series will kickstart from November 17 at the Sawai Mansingh Stadium in Jaipur. The second T20 match will take place at JSCA International Stadium Complex in Ranchi on November 19, while the final T20 will be played on November 21 at the Eden Gardens in Kolkata.

READ | India vs New Zealand Test series: Why was Shreyas Iyer selected ahead of Hanuma Vihari?

After India vs New Zealand T20I series, the two teams are also set to lock horns in two Test matches. The first Test will take place between November 25-29 from Kanpur's Green Park International Stadium. The second Test will take place from December 3-7 from Mumbai's Wankhede Stadium.