India Squad For WTC Final: All You Need To Know About Latest Entrant Arzan Nagwaswalla

Gujarat's 23-year-old left-arm fast bowler Arzan Nagwaswaala was named as one of the four standby players in the India squad for WTC Final on Friday. 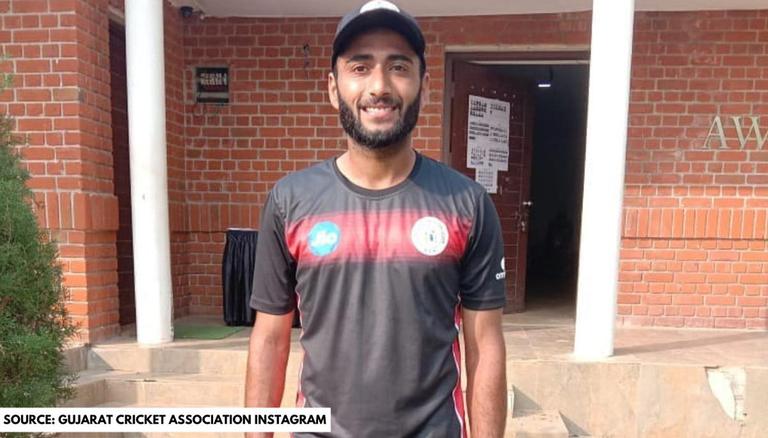 Gujarat's left-arm pacer Arzan Nagwaswaaala was finally rewarded for his consistent performances in domestic cricket as he was named as a standby player in India's squad for the upcoming World Test Championship Final against New Zealand. The 23-year-old speedster has a knack for picking key wickets, and he has the ability to bowl at a threatening pace tirelessly. The budding cricketer was also a part of the Mumbai Indians squad as a net bowler for the 14th edition of the Indian Premier League. Here we take a look at Arzan Nagwaswaala bowling style and Arzan Nagwaswaala stats.

Born in Nargol, which is a village situated on the border of Maharashtra in the Umbergoan town of Gujarat, Nagwaswaala rose through the ranks of age-group cricket in the state rapidly. Much like a lot of young Indian left-arm fast bowlers, he also idolizes former India pacer, Zaheer Khan. Moreover, his bowling action also is bound to remind one of Khan. The player comes from a Parsi community and he became the first Parsi player to be included in the Indian men's cricket team since Farokh Engineer's last appearance in 1975.

The fast bowler has a tendency to swing the ball in to the right-handers. The player's ability to get the ball to move at an impressive pace has made him a formidable bowler. The talented youngster performed exceptionally well in the latest editions of the Syed Mushtaq Ali Trophy and the Vijay Hazare Trophy. The bowler finished both the competitions as the leading wicket-taker for the Gujarat side. He has carved a niche for himself in Gujarat's domestic team, and he often operates as the team's fast bowling spearhead.

Arzan Nagwaswalla is a new addition in the #TeamIndia squad as a standby player. @GCAMotera

Watch this to know what he is capable of 🎥 👇

The left-armer showcased stunning form in the Vijay Hazare Trophy earlier this year. Nagwaswaala claimed 19 wickets from just 7 matches in the 50-over competition and was the second-highest wicket-taker of the tournament. The cricketer also proved his mettle in the shortest format by picking up 9 wickets from 5 Syed Mushtaq Ali Trophy games. The pacer has played 16 first-class matches in his career so far and has 62 wickets to his name in the same. Moreover, he has 39 wickets in 20 List A games.

READ | PSL steals ahead of IPL? Pakistan Cricket Board asks UAE if it can host tournament
First Published: 8th May, 2021 11:51 IST
SUBSCRIBE TO US