Team India dominated the first Test match and appeared to be on the verge of winning until play was halted on Day 5 due to bad weather. 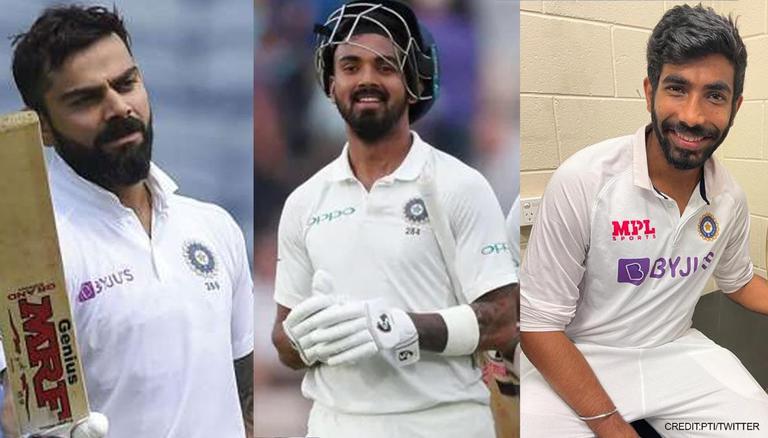 
The second Test match between India and England is due to begin on August 12 at the historic Lord's Cricket Ground. Team India dominated the first Test match and appeared to be on the verge of winning until the play was halted on Day 5 due to bad weather. The Virat Kohli-led team has a chance to break a number of records set by Indian players in the past at Lord's. The top five records that the current Indian squad can break at Lord's are listed below.

Most runs in an innings by an Indian at Lord's

The current Indian batting line-up has a couple of good players who have the potential of setting a new individual runs record at the Lord's. Former cricketer Vinoo Mankad currently holds the record for scoring the most runs in an innings by an Indian batsman at the Lord's cricket ground. Mankad had scored 184 runs in an innings in 1952, a record that is still standing strong. KL Rahul, Virat Kohli, Rohit Sharma, Ajinkya Rahane, Cheteshwar Pujara, and Rishabh Pant are the players to look out for when it comes to breaking this record from 1952.

Most wickets in an innings by an Indian at Lord's

Indian pacer Ishant Sharma currently holds the record of picking up most wickets as an Indian bowler at the Lord's. Sharma had picked a total of 7 wickets while playing against England at the Lord's in 2014. A new record will be set if any of the current Indian bowlers, including Sharma, manage to take more than 7 wickets in an innings. Jasprit Bumrah, who took 9 wickets in the first Test against England, including a five-wicket haul, is one of the favourites to break the record.

Ishant Sharma can break the record of former India greats

If bowler Ishant Sharma is included in the playing XI for the second Test match at Lord's, he has a chance to break the record currently held by past Indian greats Bishan Singh Bedi and Kapil Dev for most career wickets by an Indian at Lord's. Bishan Singh Bedi and Kapil Dev, both have 17 wickets each at the legendary Lord's ground. Meanwhile, Sharma has 12 wickets at the Lord's and is just 6 wickets away from surpassing the two former Indian cricketers' records.

READ | Ex-Pakistan skipper thinks THIS Indian player was outstanding in 1st Test; it's not Bumrah

India's previous highest innings total at the Lord's had come way back in 1990 when the side had posted 454 runs. The record was made in the second innings of the first Test match during India's tour of England in 1990. England had scored 653 runs in the first innings to which India responded by making 454 runs. Ravi Shastri and Mohammed Azharuddin, both scored a century to help India post its highest-ever innings total at the Lord's. The current Indian team has the potential of breaking this 31-year-old record.

Most career runs by an India at Lord's

Former India batsman Dilip Vengsarkar has held the record all this long, having scored a total of 508 runs in his Test career when playing at Lord's. This is the most difficult record for current Indian players to break, as vice-captain Ajinkya Rahane, who has 139 Test career runs at Lord's, is the closest to the figure. To break Vengsarkar's record, Rahane will need to score 369 runs in a single match, or he will have to wait until the next tour.