After a hard earned victory over Pakistan in a last over thriller, scripted by Hardik Pandya, the focus against Hong Kong will be on batters and their adequate game time. 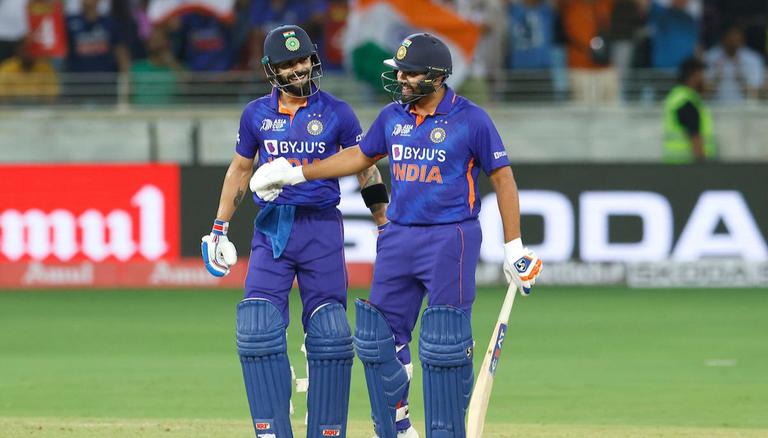 
KL Rahul couldn't have wished for an easier opposition to get his rhythm back as a buoyant India get ready to steamroll minnows Hong Kong in their second and final group league game of the Asia Cup here on Wednesday.

The Group A match won't be more than a glorified net session for Rohit Sharma's men against a team, mostly comprising Pakistani and Indian expats, who otherwise are not good enough to play first-class cricket in either of the two nations.

After a hard earned victory over Pakistan in a last over thriller, scripted by Hardik Pandya, the focus against Hong Kong will be on batters and their adequate game time.

Rahul, whose first T20I in 2022 was against Pakistan the other night, would want to come out all guns blazing and may take this opportunity to try an alternate batting approach at the onset, compared to what has been his style at the IPL.

Quality of an innings and its significance in the larger context of the game is more important at this stage as India get ready for the T2O World Cup to be hosted by Australia from October 16 to November 13.

Obviously, the quality of Hong Kong bowling, to put it politely, won't match up to Pakistan, but there is always a fear as one doesn't exactly know what to expect from an unknown entity.

Hence, it is important that Rahul uses this opportunity to the fullest to gain his confidence before the start of the Super Fours and business end of the tournament.

Skipper Rohit has made it clear that experimentation will continue and hence one shouldn't be surprised if there is another batting order that could be tried out on Wednesday.

For Virat Kohli, the Hong Kong match will be all about another quality hitting time in the middle against an attack that is sure to feel intimidated by his sheer presence in the middle.

Even Rohit, after a subdued game against Pakistan, would like to deposit a few into the stands.

It would be interesting to see if Ravindra Jadeja is sent at No. 4 position against Hong Kong or whether Rishabh Pant is tried in place of Dinesh Karthik, just to give him some game time.

While India's top-order went back to its old safety first approach against Pakistan, it had a lot to do with the quality of attack on display even without Shaheen Shah Afridi.

Perhaps, one could safely judge whether India's all-out attacking display in powerplay can work or not, only when they play against attacks which have more depth than England, West Indies or Sri Lanka.

So, the real judge of the batting order's attacking mindset will only be proved against sides like Australia, Pakistan, South Africa and New Zealand.

Games like Hong Kong does help in beefing up stats and no player would like to sit out.

Ravichandran Ashwin and Ravi Bishnoi could also get a look in, letting Yuzvendra Chahal and Jadeja cool their heels a bit.