Know the live streaming details of India vs New Zealand, the third T20I of the three-match series being played at the Eden Gardens Stadium on Sunday. 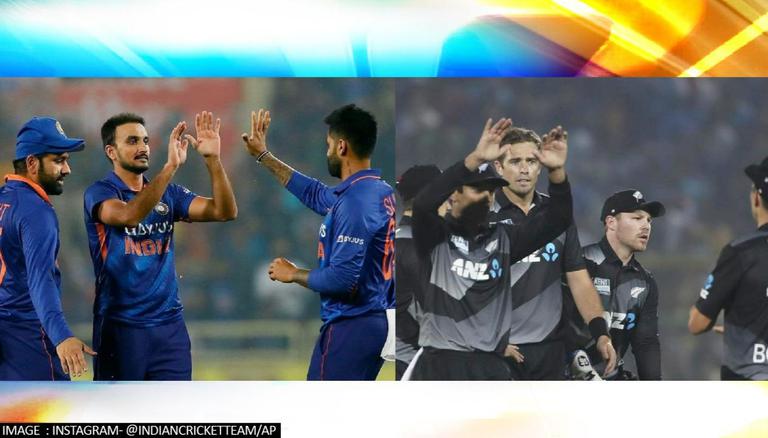 
India face New Zealand in the third T20I match of the ongoing series against New Zealand, at the Eden Gardens Stadium on Sunday. India head into the final match of the three-match series with a 2-0 lead in their hands, having already clinched the series in Ranchi, on November 19. During the second T20I at the JSCA International Stadium in Ranchi, the Rohit Sharma’s Men In Blue defeated the Kiwi squad led by Tim Southee by seven wickets after chasing the target of 154 runs set by New Zealand in the first innings.

Meanwhile, during the first T20I at Sawai Mansingh Stadium in Jaipur on November 17, India defeated New Zealand by five wickets, after chasing 165 runs in the final over of their batting innings. Heading into the final match of the series, Rohit would be hopeful for a series sweep on his first assignment as the T20I skipper of India. At the same time, Southee would look to earn the victory in the third T20I in order to prove his mettle as a skipper of the Kiwi squad, in the absence of Kane Williamson.

WE RECOMMEND
India vs New Zealand 2nd T20I Live Streaming: How to watch IND vs NZ in India, UAE, UK
How is women entrepreneurs' increased participation shaping India's economic growth?
T20 World Cup Final: Who are the commentators for New Zealand vs Australia? Full List here
India vs New Zealand T20: Why was Rishabh Pant wearing a tape on his jersey in 2nd T20I?
India vs New Zealand: What are India's stats against New Zealand in T20I matches?
Listen to the latest songs, only on JioSaavn.com