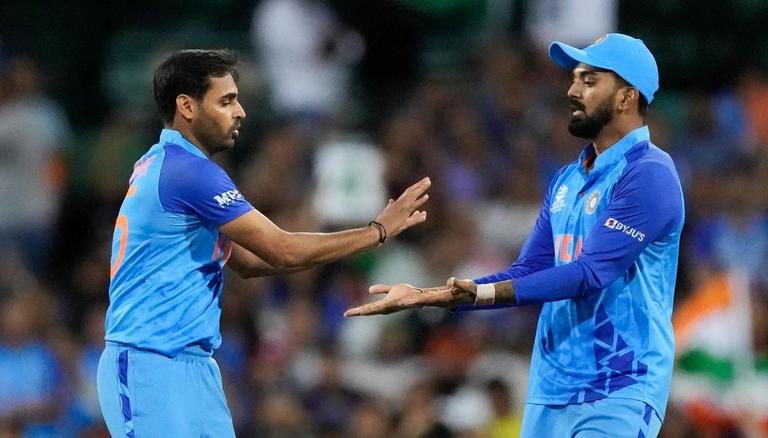 
Bhuvneshwar Kumar did not have the best of the T20 World Cup having taken just 4 wickets in the tournament. The pacer has the chance of redemption as he is set to lead the bowling attack in New Zealand. Apart from being the main pace bowler of the team, Bhuvneshwar Kumar is also on the verge of shattering a major record during India vs New Zealand T20Is.

IND vs NZ: Bhuvneshwar Kumar heading towards a major milestone

During the T20 World Cup, the 32-year-old became India's all-time leading wicket-taker in the shortest format of the game. During India vs New Zealand T20I series, the pacer stands the chance of shattering the record for most wickets in the calendar year. Speaking of Bhuvneshwar Kumar wickets, the pacer has picked up 36 wickets for Team India in 2022 and needs just four wickets to achieve the feat. Currently, the record is being held by Ireland's Joshua Little who has taken 39 wickets in 26 matches this year.

Besides being the leading wicket-taker in the calendar year, Little in the recent T20 World Cup picked up a hat-trick during the Super 12 match. The left-arm pacer became the second Ireland bowler to achieve the feat in the T20 World Cup 2022. The southpaw accomplished the milestone against Kane Williamson’s New Zealand in one of the Super 12 matches.