India Vs New Zealand T20: Check Ticket Prices, Match Dates And How To Buy Them Online 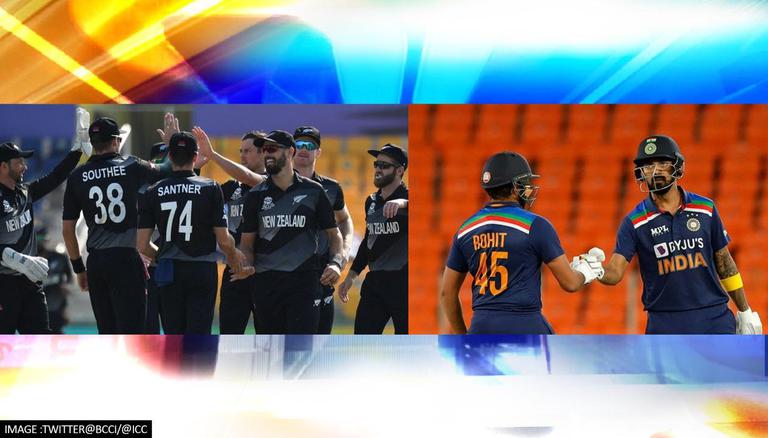 
The India vs New Zealand bilateral series gets underway on November 17. The first of the three-match T20I game will be played at the Sawai Mansingh Stadium in Jaipur and now, it has been learned that the tickets have been made available for all the passionate cricket enthusiasts.

Without further ado, here's a look at the ticket prices, match dates, and how they can be bought online.

The die-hard cricket fans will be allowed to watch the game in the stadiums. As per reports in LatestLY, the ticket sales for the upcoming India vs New Zealand T20I series already started on Thursday, November 11. Meanwhile, the ticket prices vary from stand-to-stand. People who are interested in watching the match from the stadium can book their tickets via Paytm.

However, once the fans book their tickets, they will also need to follow COVID-19 guidelines in order to watch the match from the stadium. People who wish to catch live action from the stadium need to carry an RTPCR report and also should have taken at least one dose of vaccine in order to be allowed in the stadiums.

The upcoming  India vs New Zealand bilateral series will mark the beginning of Rohit Sharma's journey as Team India's full-time T20I skipper whereas former skipper Rahul Dravid will start his coaching stint with the senior team. Virat Kohli has been rested for the shortest format and the first Test match. Even pace spearhead Jasprit Bumrah has been given rest as well. Meanwhile, KL Rahul has been appointed as Rohit Sharma's deputy for the three T20Is.

The T20I games will be played on November 17,19, and 21 in Jaipur, Ranchi & Eden Gardens, Kolkata respectively after which both teams will be locking horns with each other in a two-match Test series. The first game will be played at Kanpur's Green Park Stadium (November 25-29) and the second and final Test match will be played at the Wankhede Stadium in Mumbai from December 3-7.