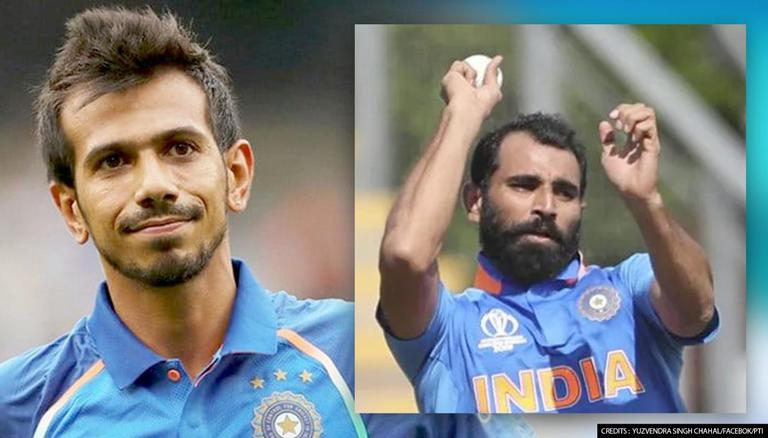 
Wrist-spinner Yuzvendra Chahal succeeded in making the ball do the talking during the first ODI between India and Sri Lanka at R Premadasa Stadium in Colombo on Sunday.

Yuzvendra Chahal had registered a couple of scalps and he would be expected to showcase a better performance in the second ODI on Tuesday and if he does so, then Chahal can achieve 'THIS' feat in One Day Internationals.

Yuzvendra Chahal has a chance to equal his team-mate and one of Team India's frontline pacers Mohammed Shami provided he takes more than a fifer. A six-wicket haul in Tuesday's second ODI will also do for Yuzi Chahal as it will help him in getting on par with Mohammed Shami's record of being the fastest Indian to pick 100 wickets in the 50-overs format. Shami had achieved this feat in 56 matches.

Yuzvendra Chahal has so far registered 94 scalps from 55 ODIs and he is just six wickets away from breaching the three-figure mark. However, if the leggie does not succeed in achieving the feat on Tuesday, then he will definitely need to wait another day but, what is interesting is that the Haryana cricketer will get an opportunity to equal the Indian team's white-ball fast bowling specialist Jasprit Bumrah in the third and final ODI on Friday.

In the first ODI, Yuzvendra Chahal had chipped in with two wickets as he accounted for opener Avishka Fernando and skipper Dasun Shanaka. He finished his spell with figures of 2/52 from his 10 overs at an economy rate of 5.20.

Sri Lanka were decimated in the first ODI as a result of a masterclass batting performance from the Indian team. Having batted first, Sri Lanka put up a modest total of 262/9 in 50 overs. Chamika Karunaratne scored the highest score for his side with 43 runs off 35 deliveries. The Lankans were restricted to a manageable total because of an outstanding bowling performance by the likes of Krunal Pandya, who gave away just 26 runs in 10 overs at an economy rate of just 2.6.

India in reply got off to an excellent start thanks to a brilliant knock from skipper Shikhar Dhawan and opening partner Prithvi Shaw. Dhawan hit 86 runs off 95 balls, whereas Shaw smacked 43 runs off just 24 deliveries, also helping him get the man of the match award. India eventually got over the line in just 36.4 overs.

A win here would ensure a dream start for Rahul Dravid's coaching stint as the Men In Blue will take an unassailable 2-0 lead in the three-match ODI series.