Yuzvendra Chahal and K Gowtham were tested positive for COVID-19 on Friday a day after their initial reports on Thursday found them negative. 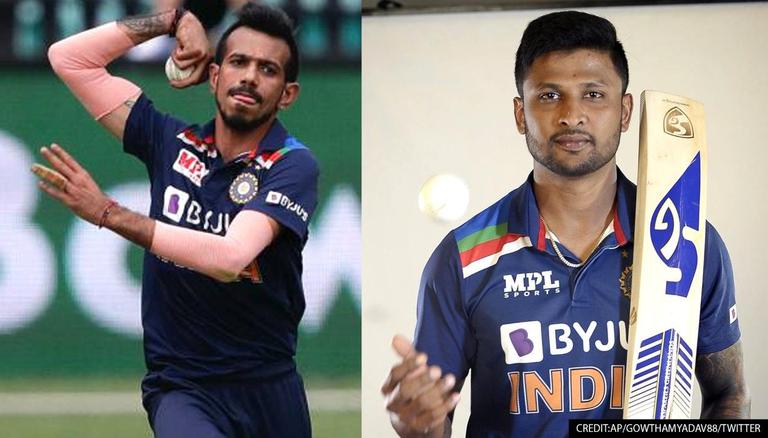 
The second match of the India vs Sri Lanka three-match T20I series was recently rescheduled after Team India all-rounder Krunal Pandya was tested positive for COVID-19. Several players of the squad had to be isolated owing to Krunal's infection resulting in Men in Blue losing the series 1-2. Earlier reports revealed that Shikhar Dhawan, Ishan Kishan and Hardik Pandya are among the nine players ruled out of the match on account of going into isolation, however, in the latest development, Yuzvendra Chahal and Krishnappa Gowtham have also been found tested positive for Covid-19.

According to ANI report, the news about both spinners being tested positive for COVID-19 was confirmed by a source in the know of developments.

The source said, "Unfortunately, they have tested positive. They were close contacts of Krunal and were already away from the rest of the squad in the team hotel,".

According to ESPNcricinfo report Chahal and Gowtham tested positive on Friday. Incidentally, they had both tested negative along with the other six players on Thursday, the day of India's final match of the tour. According to the Sri Lankan government's guidelines, anyone testing positive for the virus needs to isolate for at least ten days and then clear a fresh round of tests to be allowed to leave the country. Those identified as close contacts of the affected person must isolate for seven days and then clear the prescribed tests.

While most of the Indian contingent has left Sri Lanka a day after losing the T20I series to the host, all-rounder Krunal Pandya remained in mandatory isolation here to recover from COVID-19. According to a senior BCCI official who told PTI on conditions of anonymity "Yes, only Krunal will have to stay back in Sri Lanka for the time being due to the mandatory isolation period of one week. After one week, if he has two negative RT-PCR reports, he will be allowed to fly back. Currently he is in the fourth day of his isolation. All others are free to depart as they have all tested negative,".

However, it couldn't be confirmed whether the two UK-bound players -- Suryakumar Yadav and Prithvi Shaw -- are leaving from the Sri Lankan capital itself or will be coming back to India on a charter plane with the rest of the squad before flying off again.