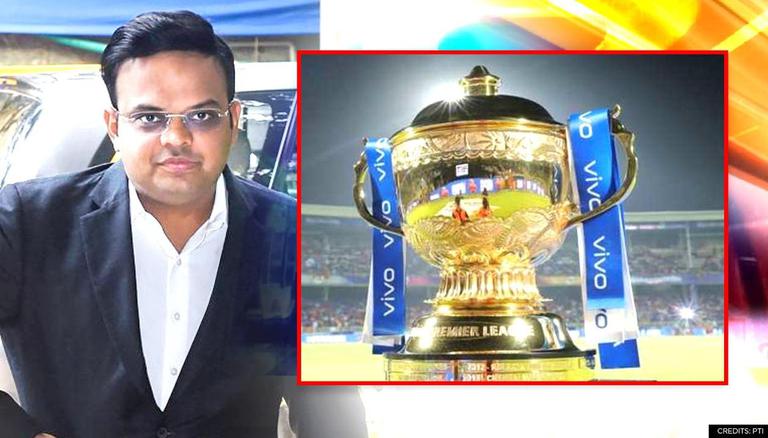 
The Board of Control for Cricket in India (BCCI) secretary  Jay Shah has revealed the reason behind shifting the remainder of the IPL 2021 from India to the United Arab Emirates (UAE).

Shah has said that the call was taken to reschedule the 14th edition of the IPL in the Middle East due to weather restrictions.

'We are moving IPL to the UAE only due to weather restrictions':  Jay Shah

"See we took this decision to conduct IPL in the UAE because it will be monsoon here and it will not be feasible to hold matches here in September and that is why we are taking IPL to the UAE," Jay Shah told ANI.

The BCCI on Saturday had officially announced that the remaining games of the IPL 2021 will be completed in the United Arab Emirates (UAE) considering the monsoon season in India in the months of September-October this year. The decision was taken at a Special General Meeting (SGM) held virtually, where members unanimously agreed to resume IPL.

The BCCI SGM further authorised the Office Bearers to seek an extension of time from the ICC to take an appropriate call on the hosting of ICC T20 World Cup 2021.

The marquee tournament was shifted to the UAE last year as well due to a surge in COVID-19 cases earlier in the year. The event that was organised for close to two months i.e. from September 19- November 10 turned out to be a grand success.

Defending champions Mumbai Indians successfully retained their title and won it for a record fifth time after getting the better of first-time finalists Delhi Capitals in a one-sided encounter in Dubai.

The IPL 2021 had to be suspended indefinitely with immediate effect after a few players were tested positive for the deadly virus. They included the likes of Sunrisers Hyderabad stumper Wriddhiman Saha, Kolkata Knight Riders bowlers Sandeep Warrier, veteran Delhi Capitals spinner Amit Mishra, and, Varun Chakravarthy, etc. Notably, the Board of Control for Cricket in India (BCCI)  and IPL Governor council suspended the IPL 2021 on the same day when Saha and Mishra were tested COVID-19 positive.

Before the IPL was suspended, 31 matches were still left to be organised including the playoffs, and the Board of Control for Cricket in India (BCCI) was actively looking for a window to conduct the remainder of IPL 2021 ever since the tournament was postponed and earlier this week, it was learned that the mega event might resume on September 18-19 and the summit clash will be played on October 9/10.

Earlier, reports had emerged claiming the national cricket board could lose a staggering INR 2,500 crore in profits if the remainder of the IPL 2021 is left untouched this season and they had also looked at UAE as backup for rescheduling the tournament that was temporarily suspended.