Both CSK and DC are on 18 points with 9 wins and 3 losses, however, the MS Dhoni-led side is on top of the points table because of its superior net run rate. 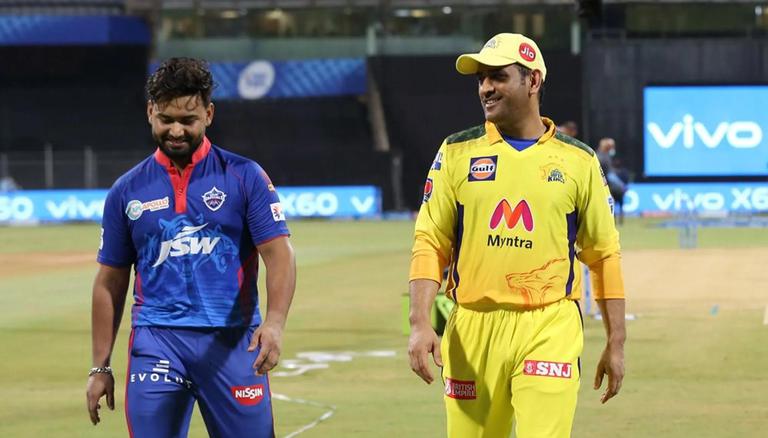 
The 50th match of the ongoing Indian Premier League 2021 edition will see Delhi Capitals (DC) lock horns against table-toppers Chennai Super Kings (CSK). The match is scheduled to start at 7:30 pm IST at Dubai International Stadium with the toss slated to be held 30 minutes prior to that. Both CSK and DC have already qualified for the playoffs but tonight's game is important in the context that it will strengthen the position of the winning side and ensure a place for it in the top-two of the points table when the group stage ends. Both CSK and DC are on 18 points with 9 wins and 3 losses, however, the MS Dhoni-led side is on top of the points table because of its superior net run rate.

The last time when Delhi Capitals locked horns against Chennai Super Kings in the ongoing edition of the IPL, the Rishabh Pant-led side had emerged victorious, winning the game by 7 wickets.

All IPL 2021 matches in India are being live telecast by Star Network on its national and regional sports channels. Star has the broadcasting rights to show IPL matches across India. Meanwhile, Disney+Hotstar will live stream IPL matches for online audiences in India.

People in the United Kingdom and Ireland can enjoy IPL 2021 matches on Sky Sports Network. Sky has the right to broadcast IPL matches in UK territories, including in neighbouring Ireland. Video-streaming platform, NOW, which is a subsidiary of Sky Network, has the rights to live-stream IPL matches in the UK and Ireland.

READ | IPL 2021: Who is Umran Malik? Meet the youngster who clocked 150kmph on debut

SuperSport will broadcast IPL 2021 matches live in South Africa, while BeIN Sports will telecast the tournament in Saudi Arabia and North African countries. In Australia and New Zealand, people can watch IPL 2021 on Fox Cricket and Sky Sports, respectively. India's Star Sports Network will live telecast IPL matches in its neighbouring countries, including Nepal, Sri Lanka, Bangladesh, and the Maldives.