On Wednesday Delhi Capitals will take on Sunrisers Hyderabad at Dubai International Stadium in match 33. Here's a look at DC vs SRH head-to-head stats and more. 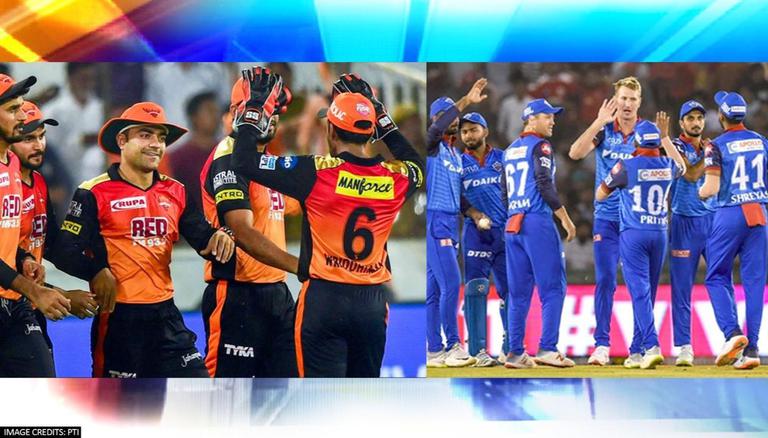 
The second phase of the Indian Premier League 2021 got underway on Sunday, and now on Wednesday, Delhi Capitals will take on Sunrisers Hyderabad at Dubai International Stadium in match 33. Here's a look at DC vs SRH head-to-head stats, DC vs SRH key players, and other information related to the match. A slight preview into the match, Delhi Capitals are currently second in the IPL 2021 standings with 12 points from eight games. They have won six games and lost only two so far. SRH on the other hand are bottom of the table with two points from seven games meaning they have won only one game and lost six. If SRH want to be anywhere close to a playoff position they need to win all their games starting from the one against DC on Wednesday.

The two teams have faced each other a total of 19 times with SRH holding the advantage having won 11 and DC having won the remaining eight. The last seven encounters have ended up with DC winning four and SRH winning three. The last time they faced each other it was an exciting encounter as the match ended in a tie and went to Superovers. Eventually, DC won the super over.

In that match, DC gave a decent target of 160 and did well to defend it initially however, SRH managed to pull through it after a good inning from Kane Williamson (66 off 51) and at the end Jagadeesha Suchith who managed to hit two fours and a six to help through to the Super Over. There SRH only managed a total of seven meaning DC needed eight to win, and they managed that after a couple of leg byes on the last two balls.

Delhi have the return of their former captain Shreyas Iyer after he missed the initial part of the IPL 2021 owing to a shoulder injury. Rishabh Pant will retain the captaincy, however. They have lost Chris Woakes who has opted out of the rest of the IPL season and have got Ben Dwarshuis as his replacement.

As for SRH, they lost Jonny Bairstow and that is a tough loss to cope with. They have brought in Sherfane Rutherford as Bairstow's replacement though he is not a like-for-like replacement for the top-order batsman. The good news is they have been boosted by the return of T Natarajan who played a crucial role in their playoffs run in IPL 2020.

Shikhar Dhawan: He has been not only the Delhi Capitals' highest run-scorer for 2021 but also the IPL's for the season with a total of 380 in eight innings.

Prithvi Shaw: Dhawan's opening partner has also been in red hot form after managing 308 runs so far in the IPL 2021 season.

David Warner: While he may not have been in the best of form in the first half of the IPL 2021, he is their biggest hope and SRH will be hoping he starts with a bang.

Rashid Khan: He has managed to take 10 wickets so far but his contribution with the bat has been poor, SRH will be hoping the all-rounder can find his feet and start contributing to the runs as well.