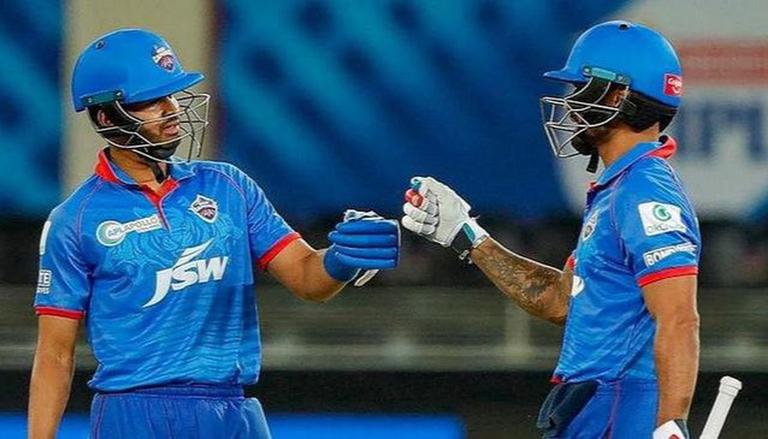 
33rd match of the Indian Premier League 2021 edition will see Sunrisers Hyderabad lock horns against Delhi Capitals on Wednesday in Dubai. DC are second in the IPL 2021 table as of now whereas their opponents sit right at the bottom of the standings. In the first half of the IPL, Shreyas Iyer was not available because of a shoulder injury. However, he is expected to be back for the team against SRH and Shikhar Dhawan has hinted at it in a recent Instagram post. In the post, there is a silhouette of Dhawan and what most likely appears to be Iyer and the caption says, "Ready for the fight with this champion. Can you guess who’s with me?"

Shikhar Dhawan delighted with Iyer's return for DC vs SRH

With the return of Shreyas Iyer to the Delhi Capitals squad, star batsman Shikhar Dhawan believes his team has become stronger. Iyer got a severe shoulder injury prior to the commencement of the IPL 2021 in April, which forced him to withdraw from the tournament, leaving the Delhi Capitals without its skipper.

The Mumbai-born cricketer, however, has fully recovered from his injury now and is likely to return to the side. Dhawan told the Delhi Capitals media team that his side is very well-balanced and has become stronger with Shreyas Iyer's return.  Dhawan further highlighted how crucial it is to restart the tournament on a high note, adding, "We need to do well from the first match itself".

Dhawan said that the team was faring well in the first half of IPL 2021 and they will look to regain the same momentum. Dhawan said the entire squad is working very hard to win their first match of the second phase, where they face bottom-ranked SRH. He talked about the playing conditions in the UAE and said that he is confident of beating the heat. The Delhi opener also said that he is very excited to play the remaining matches of IPL 2021.

READ | DC vs SRH: When Warner's error edged out Hyderabad in first IPL 2021 Super Over

DC’s frontline pacer Kagiso Rabada also seemed delighted to see Shreyas Iyer back in the squad. He feels his inclusion will provide a good balance to the team and says he is an integral part of the team.