Ben Dwarshuis will replace Chris Woakes in IPL 2021 after the England pacer decided to skip the second phase of the tournament in UAE due to personal reasons. 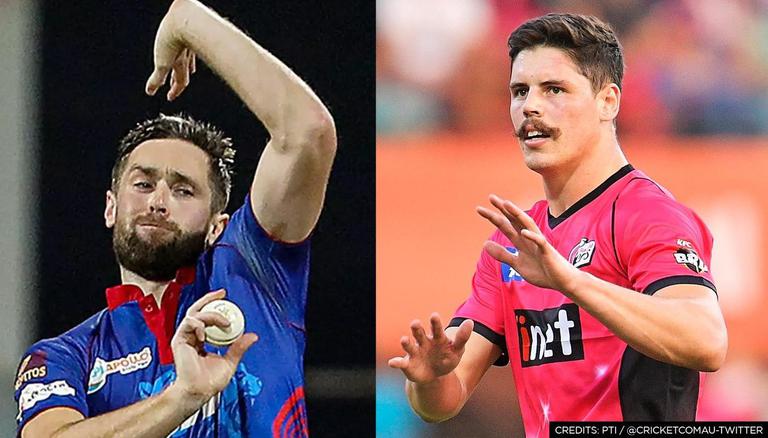 
Ahead of the upcoming IPL 2021 phase 2, Delhi Capitals were dealt with a blow as England pacer Chris Woakes withdrew from the tournament according to the statement released by the franchise. The England pacer who played against India in the recently concluded Test series decided to miss the tournament due to personal reasons. Woakes had picked up 5 wickets from 3 matches in the first phase of IPL 2021 held in India. With a couple of days left, the franchise has already signed a replacement as a coverup for the pacer.

Delhi Capitals on Monday announced that the team has roped in Australia all-rounder Ben Dwarshuis as Chris Woakes replacement for the second half of IPL 2021 UAE. Dwarshuis has scalped 100 wickets in 82 T20 matches at an average of 23.73. The 27-year-old, who plays for the Sydney Sixers in the Big Bash League, and is the sixth-highest wicket-taker in the history of the tournament with 85 wickets in 69 matches.

Ben Dwarshuis is ready to ROAR 🤩

Welcome to the DC family, Ben 💙

Delhi Capitals (DC) under the leadership of Rishabh Pant is currently at the top of the points table and will look to keep hold of the position when the second phase of the tournament gets underway. Delhi Capitals will commence their IPL 2021 UAE leg journey with the match against Sunrisers Hyderabad on September 22 at Dubai International Cricket Stadium.

The IPL 2021 was postponed after multiple players and support staff members returned positive tests ahead of the penultimate match of the first half of the season. The BCCI later announced that the remainder of the tournament has been moved to the UAE, keeping in mind the safety and security of all stakeholders involved. The IPL 2021 UAE will be held between September 19 and October 15, days before the start of the ICC T20 World Cup in the UAE.

READ | IPL 2021: Top-notch cricketers who are yet to score a century in tournament's history