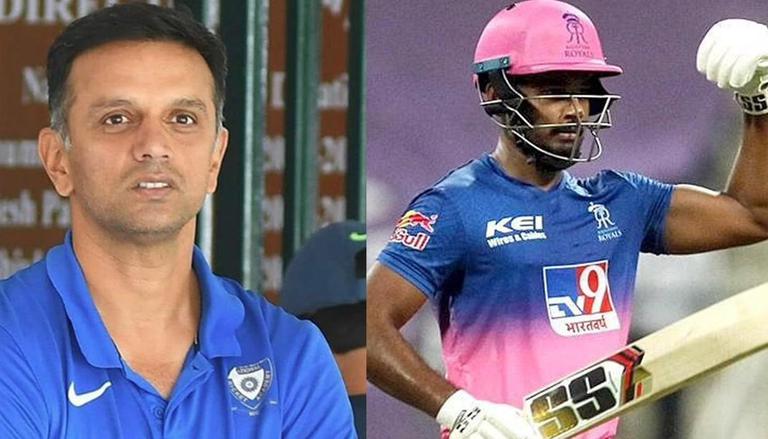 
Former India international WV Raman said Rahul Dravid will be happy to see Sanju Samson score consistent runs in the ongoing IPL 2021 as the legendary cricketer has a lot of faith in the youngster. Raman turned to social media to reveal what Dravid feels about Samson and how the Rajasthan Royals skipper has kept his faith alive by scoring heavily in IPL 2021.

Rahul Dravid and Sanju Samson have worked together for several years during the latter's stint at Rajasthan Royals and Delhi Capitals (formerly known as Delhi Daredevils). Dravid was also the coach of the Indian team that had travelled to Sri Lanka in July for a limited-overs series. Rahul Dravid was also the only notable cricketer to attend Samson's marriage party in 2018.

#RahulDravid will be happy to see @IamSanjuSamson getting runs and making it look easy.. The legend has a lot of faith in the young man..#SRHvsRR #IPL2O21

Samson recently smashed two back-to-back half-centuries for Rajasthan Royals in the ongoing IPL after being dismissed for just 4 runs in his first game of UAE leg. Samson remained unbeaten at 70 during Rajasthan's game against Delhi Capitals last week. Despite a great effort by Samson, Rajasthan Royals lost the game to DC by 33 runs. Samson then scored a magnificent 82 against Sunrisers Hyderabad on September 27, which again came in a losing cause. So far, Samson has played 10 games in the ongoing IPL 2021 and has scored 433 runs at an average of 54.12, his best figures since 2013, the year he made his IPL debut. Samson's previous best season had come in 2018 when he had scored 441 runs in 15 games.

After his blistering knock of 82 runs against Delhi Capitals, Samson surpassed Shikhar Dhawan on the Orange Cap list to claim the first position. Dhawan, however, reclaimed his position in DC's next match against Kolkata Knight Riders. Samson is currently second on the list of highest run-scorers in IPL 2021. Punjab Kings skipper KL Rahul is on the third spot with 422 runs in 10 matches followed by Faf du Plessis (394) and Ruturaj Gaikwad (362).

Samson started the 14th edition of IPL with a bang, scoring an amazing century against Punjab Kings in his very first match as captain. Samson scored 119 runs off 63 balls but was left disappointed as he couldn't help his side cross the finish line. Rajasthan Royals lost the match by 4 runs despite a valiant effort by Samson and his boys.

WE RECOMMEND
IPL 2021 Points table after RCB vs DC: Check updated Orange Cap and Purple cap holders
RR vs RCB IPL 2021 Live Streaming: How to watch match on TV and online in India
IPL 2021: Ravi Bishnoi's 'magical' delivery cleans up Suryakumar Yadav for a golden duck
IPL 2021 | SRH vs MI, RCB vs DC to be played concurrently on October 8
IPL 2021: DK reveals reason for Morgan and Ashwin's heated exchange in KKR vs DC match
Listen to the latest songs, only on JioSaavn.com