CSK vs PBKS: KL Rahul has been in fantastic form in IPL 2021, and he showed his class once again when his team faced the Chennai Super Kings on Thursday. 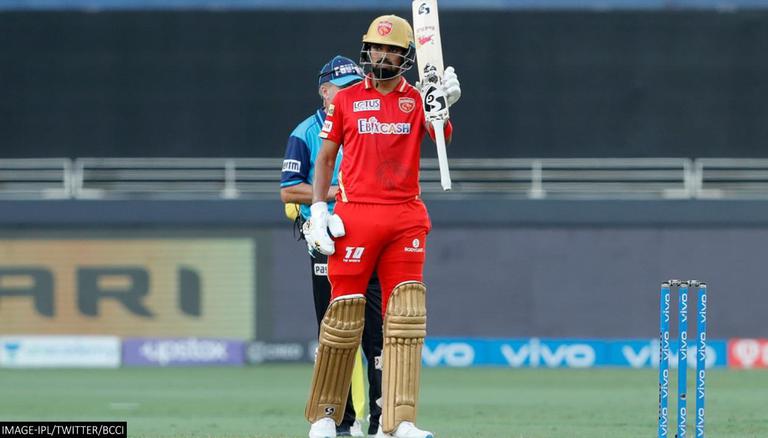 
Punjab Kings (PBKS) skipper KL Rahul has been in outstanding form in IPL 2021, and he showed his class once again when his team faced the Chennai Super Kings (CSK) on Thursday. Rahul scored an outstanding unbeaten 98 runs off just 42 deliveries, an innings that included seven boundaries and eight sixes.

This performance not only helped him regain the orange cap with 626 runs in IPL 2021 but also helped him almost singlehandedly beat CSK, as PBKS successfully chased down the target of 135 runs in 13 overs. Netizens took to social media to praise the PBKS captain for his aggressive batting, with some suggesting that such performances will help India in the upcoming T20 World Cup.

Veteran cricket commentator Harsha Bhogle also heaped high praise on Rahul's batting, going as far as mentioning that when he bats one forgets what they are doing and watch him play.

KL Rahul is putting on a show here. When he bats like this, you drop what you are doing and watch.

Meanwhile, several fans praised the PBKS skipper, stating that such performances are likely to help him 'take over T20 cricket.'

This version of KL has to be the world's best T20 batter?

Meanwhile, another Twitter user opined that Rahul's aggressive batting should help the likes of Rohit Sharma and Virat Kohli 'in the Indian lineup.' The fan is most likely to have posted this comment in regards to the T20 World Cup, which commences shortly after the IPL 2021 ends. IPL ends on October 15, while the T20 World Cup begins on October 17.

This Rahul will help Rohit and Virat so much in the Indian lineup.

Another netizen pointed out the outstanding strike rate of the Punjab Kings skipper. The fan was excited to see Rahul smack 98 runs out of 42 balls at a remarkable strike rate of 233.33.

READ | IPL 2021, RCB vs PBKS: KL Rahul unhappy as DRS gives not out despite spike in Ultra Edge