The second leg of the Indian Premier League is all set to resume with Mumbai Indians' match against Chennai Super Kings on September 19 in Dubai. 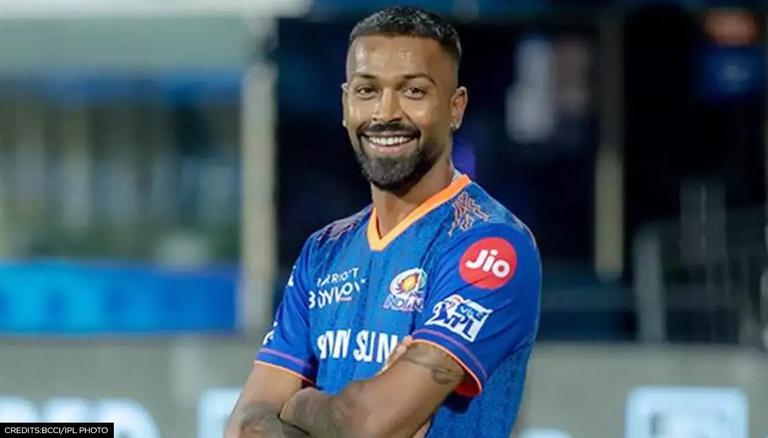 
Mumbai Indians’ star Hardik Pandya was seen practicing MS Dhoni’s iconic helicopter shot ahead of the resumption of the Indian Premier League(IPL) from September 19. In a video posted on social media by the official handle of Mumbai Indians, Pandya can be seen practicing the shot which is considered as the signature of the legendary former Indian captain MS Dhoni. Mumbai Indians start the second-leg of their IPL 2021 campaign by playing match no. 30 of the tournament against arch-rivals Chennai Super Kings on September 19.

The helicopter shot got its name and fame after MS Dhoni frequently played it against the toe-crushing yorkers of the fast bowlers. In the shot, the ball is hit by a flick of the wrist by using the bottom hand as a dominant force. It got its name because batsmen circle the bat overhead after hitting the ball as a follow-through, which resembles the blades of a helicopter. It is considered to be a lethal shot by the batsmen to tackle yorkers or fuller-length deliveries. Twitter users upon finding the video posted by Mumbai Indians in their feeds were quick to react and comment on the shot played by Pandya.

The T20 World Cup starts after the completion of the IPL on 17 October. The Round 1 matches of the World Cup with start on October 17, and the Super 12 stage of the tournament will begin on October 22. Meanwhile, one of the social media users wished Hardik Pandya to come back to form in the IPL and then urged him to fly the helicopter in the ICC T20 World Cup.

On the other hand, another user compared the all-rounder to other players like Shardul Thakur. Shardul Thakur has recently impressed everyone as an all-rounder in International cricket with some fantastic batting and bowling performances.

Ha, we have a better all-rounder than him, Shardul Thakur, India doesn't need him, Shardul Thakur can hit bigger sixes than these, he smashed one of the best teams in the world for big sixes, what do you think, Hardik Pandya couldn't even bat in front of Woakes even for 5 mins.

At the same time, one of the users termed Pandya, an x- factor as India proceed to the T20 World Cup.

Another user pointed out Pandya’s recent struggle with the short ball and urged him to practice shots to improve his play against short-pitched delivery.

WE RECOMMEND
IPL 2021: Hardik Pandya flaunts uber-expensive watch as he enjoys time in Abu Dhabi
IPL 2021: Arjun Tendulkar shows off perfect yorkers ahead of second leg in UAE | Watch
IPL 2021: MI player Krunal Pandya opens up about preparation ahead of CSK clash
'We will get the third': Hardik Pandya confident of Mumbai Indians making it an IPL 3-peat
IPL 2021: Withdrawal of foreign players prompt teams to seek extended deadline