IPL 2021: Hardik Pandya Thankful To Mohammed Shami For Body Blow That 'woke Him Up'

Hardik Pandya was back in form in the Mumbai Indians' six-wicket win over the Punjab Kings as he scored a very important unbeaten knock of 40 to help his team. 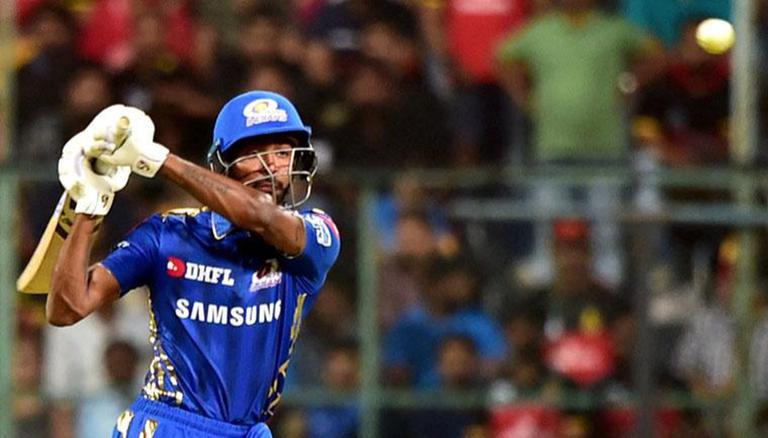 
Underfire Hardik Pandya finally found his feet in the PBKS vs MI match as he scored a very important unbeaten knock of 40 to help his team reach a six-wicket win. MI had been in terrible form ever since the resumption of IPL 2021, having lost all three of their games since getting to the United Arab Emirates. Hardik Pandya had been one of their players who was in terrible form. He had only managed 55 runs in nine matches of the IPL 2021 but it all changed in the PBKS vs MI match and he told teammate Nathan Coulter-Nile the exact moment it all changed for him in a post-match chat. Hardik said on a video posted on iplt20.com:

To be honest, I will give credit to Mohammed Shami as well because the ball which I got hit woke me up. I also told Kieron Pollard the same. It changed things for me actually, because I was finding it difficult before that.

He then went on to explain that he tries to make sure that he makes the most of every opportunity every time he steps onto the pitch and that he only pays attention to the ball that is coming next, not the one that has already gone by.

"I try to make sure that every opportunity is a new opportunity. You can be the hero or you can contribute in a way that your team can win. I have always been the kind of cricketer who has seen the ball and played. I forget what has happened on the previous ball and then make sure that I give my 100% when the next ball arrives," said Hardik.

During the post-match presentation, KL Rahul said that he is disappointed when he was asked if his young team is unable to cope up with pressure situations. He said "It is what it is, we haven't been able to handle the pressure. We'll learn more if we play more together as a team," Rahul said. "We need to be positive. We have three games, so we need to take one game at a time. We need to go out there and enjoy ourselves. All our games in the UAE have gone down to the wire, hopefully, we can build on that," the PBKS skipper added.

WE RECOMMEND
IPL 2021 Points table after RCB vs DC: Check updated Orange Cap and Purple cap holders
Two new IPL teams to be announced on October 25 after India vs Pakistan T20 WC clash
Carlos Brathwaite reveals challenges of being an overseas IPL player
RR vs RCB IPL 2021 Live Streaming: How to watch match on TV and online in India
IPL 2021: Ravi Bishnoi's 'magical' delivery cleans up Suryakumar Yadav for a golden duck
Listen to the latest songs, only on JioSaavn.com