IPL 2021: Here Is How BCCI Can Convince Kane Williamson & Co. To Participate In The Event

While the Indian Premier League (IPL 2021) will resume from September, there still seems to be uncertainty regarding the participation of New Zealand's players. 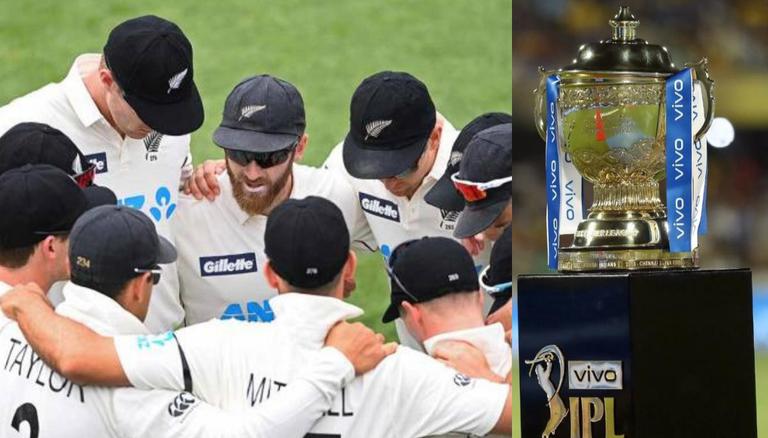 Much to the fans' delight, the 14th edition of the Indian Premier League (IPL 2021) is all set to resume from September, according to the recent announcement by the Board of Control for Cricket in India (BCCI). However, speculations are rife that overseas campaigner from Australia, England and New Zealand could give the flagship competition's second leg a miss owning to their international commitments or by citing bio-bubble fatigue. While several franchises are bound to be concerned by the unavailability of their key foreign players, there still seems to be a way that the Sourav Ganguly-Indian board persuade IPL-bound New Zealand players to feature in the tournament after its resumption.

How Sourav Ganguly can still convince New Zealand players to participate in IPL 2021?

ANI quoted a BCCI source who said that the Emirates Cricket Board (ECB) and they are happy to host the remaining IPL in Dubai, Sharjah, and Abu Dhabi as they did last year. The source also added that now the Indian cricket board will speak to the various cricket boards around the world so that the overseas players can participate in IPL Phase 2. However, the source raised concern about the participation of England and New Zealand players

Kane Williamson and co. are scheduled to play Pakistan in the UAE, where they will battle it out in 3 One-Day Internationals and as many T20Is against the hosting nation. This seems to be a major cause of concern for IPL franchises as they could miss the services of Kiwi players if New Zealand Cricket instructs the players to give priority to their international assignments over franchise cricket. However, the BCCI still has a glimmer of hope and they can work things through negotiations.

Earlier this year, New Zealand played a home series against Bangladesh ahead of the IPL 2021. Kane Williamson, Mitchell Santner, Trent Boult, James Neesham, Tim Seifert, and Kyle Jamieson were rested for the three-match T20I series because they were slated to fly to India for the cash-rich league, where they were due to undergo a 13-day mandatory quarantine period. A similar situation could arise during the second phase of the league as the IPL seems to be a more lucrative option for the Kiwi internationals over the Pakistan tour.

Despite the absence of their prominent players, the New Zealand team came up with a dominant performance against Bangladesh in the shortest format as they comprehensively won all three fixtures. They have a competent bench strength, that could give a tough fight even to a full-strength Pakistani side. Moreover, a number of senior players like Martin Guptill, Tim Southee, Ish Sodhi and Adam Milne will still be available for the Pakistan tour. This could also give the team management an opportunity to try out new players ahead of the ICC World T20.

New Zealand were the first team to qualify for the inaugural World Test Championship Final (WTC Final 2021). Virat Kohli and co. face a stiff challenge as they take on the in-form New Zealand team in the ultimate clash of the competition. The India vs New Zealand contest will be played at Southampton from June 18 to 22. India have announced a formidable 25-member squad for WTC Final and the subsequent England Test series.