Curran had arrived in the UAE on September 15, where he was immediately put into isolation in line with the rules and regulations of the Emirati government. 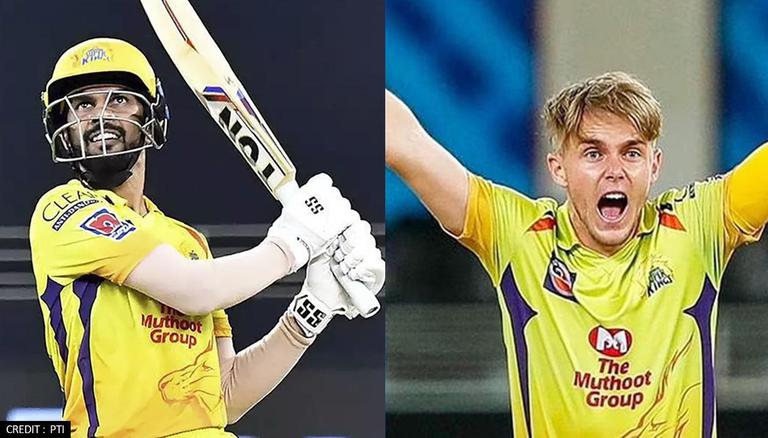 
Sam Curran, who missed Chennai Super Kings' match against Mumbai Indians on Sunday, took to social media to express his support for the Yellow Army. Curran, who is currently quarantined at the team's hotel in Dubai, shared stories from the first innings of the IPL 2021 phase two opener on his official Instagram account. The English all-rounder couldn't control his emotions as he watched Ruturaj Gaikwad and Dwayne Bravo take on Mumbai Indians bowlers, so he took to Instagram to voice his support for his colleagues, posting "Come on boys." 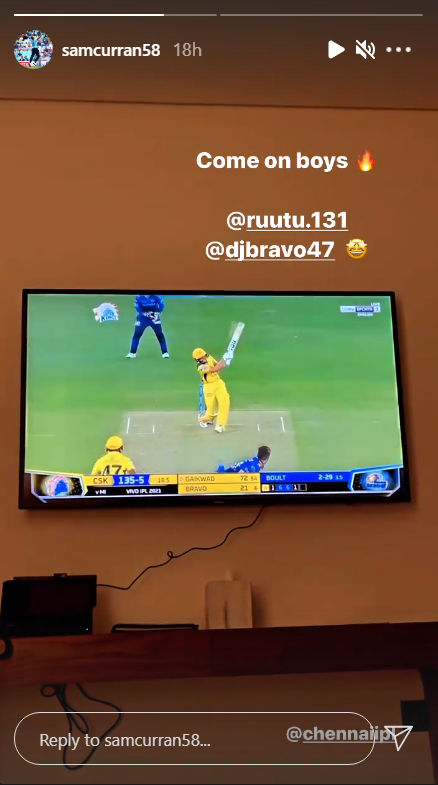 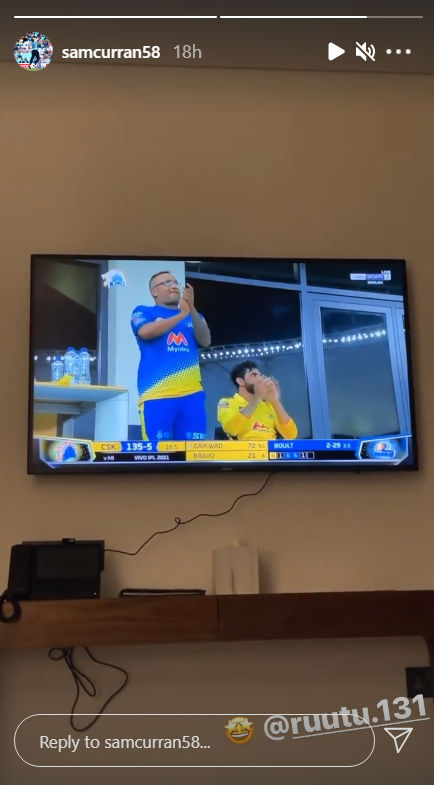 Curran had arrived in the UAE on September 15, where he immediately went into isolation, as per the rules and regulations of the Emirati government. As per the COVID-19 protocols issued by the UAE government, any individual coming from the United Kingdom must undergo a mandatory quarantine period of 6 days. Curran is expected to come out of the quarantine on Tuesday, obviously after returning negative COVID-19 tests. Curran had joined the CSK camp following the auction in 2020 and since then, has missed just one game for the MS Dhoni-led side - against Mumbai Indians on September 19.

As far as Sunday's blockbuster encounter is concerned, CSK defeated Mumbai Indians by 20 runs. After winning the toss, Dhoni had elected to bat first. Mumbai Indians pacers inflicted an early blow to Chennai as the side lost three batsmen in quick succession. Faf du Plessis and Moeen Ali were dismissed for a duck, followed by Suresh Raina, who scored 4 off 6 balls before being removed by Trent Boult. To make the situation worse, Ambati Rayudu received a deadly blow on his left elbow and was declared retired hurt. CSK were 24-4 after the conclusion of the powerplay.

However, CSK players bounced back strongly and took the total to 156/6 in 20 overs, courtesy of an unbeaten 88-run knock by Ruturaj Gaikwad. Dwayne Bravo also pitched in and scored some quick runs towards the backend of the first innings to help CSK's cause. In the second innings, Mumbai suffered a shocking collapse as CSK bowlers kept infiltrating through their ranks one after another before they succumbed to the pressure. CSK managed to restrict Mumbai for 136/8 in 20 overs. Gaikwad was adjudged the player of the match.

WE RECOMMEND
IPL 2021: How to download Dream11 app for Android, iOS? A step-by-step guide
IPL 2021: Chris Gayle, KL Rahul sweat out in nets ahead of PBKS' clash against RR
IPL 2021: Lasith Malinga recalls how he was picked by Mumbai Indians
IPL 2021, CSK vs MI Match Highlights: Chennai Super Kings defeat Mumbai Indians by 20 runs
IPL 2021: Top 5 KKR vs RCB encounters in tournament’s history
Listen to the latest songs, only on JioSaavn.com