Shimron Hetmyer was seen giving a big smile to his partner Shreyas Iyer after being reprieved on 11 but it was Gill who dealt a major blow by the decision. 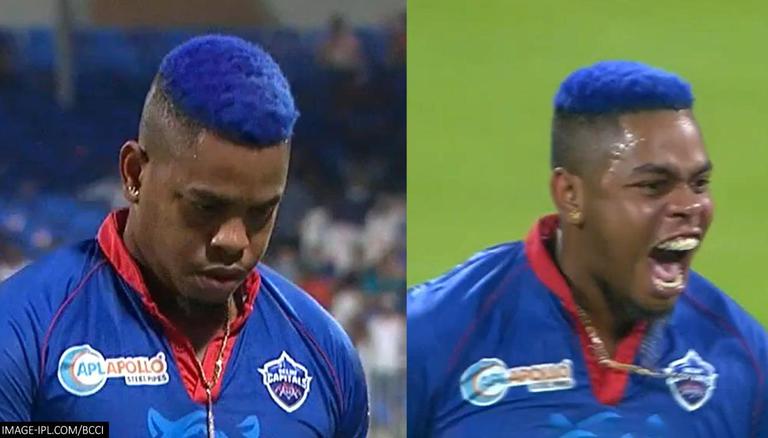 
In a massive twist during the match between Delhi Capitals and Kolkata Knight Riders, Shimron Hetmyer was called back following his dismissal off Varun Chakravarthy's bowling after the delivery turned out to be a no-ball. KKR's Shubman Gill had taken an incredible catch at long-on to dismiss Hetmyer off Chakravarthy's bowling; however, the delivery was ruled a no-ball, and the DC batter was sent back by the third umpire to take the crease again. Hetmyer was seen giving a big smile to his partner Shreyas Iyer after being reprieved on 11 but it was Gill who dealt a major blow by the decision.

Netizens are sharing memes and jokes to make fun of the decision that required Hetmyer to return to the crease for the second time in a single match. Here's how fans reacted on Twitter. Some users also made fun of Hetmyer's run-out after he received a second chance off Chakravarthy's bowling.

Varun Chakraborty bowl no ball which got Hetmyer out:#DCvsKKR pic.twitter.com/FGjgRZ68Hw

Shimron Hetmyer in dugout while umpire was checking the no ball#DCvsKKR pic.twitter.com/8P6iOktVgi

As far as the match is concerned, KKR bowlers started the game by immediately putting DC batters under immense pressure with their accurate bowling. Varun Chakravarthy was the first bowler to pick a wicket for KKR as he dismissed Prithvi Shaw LBW for just 18 runs. Shikhar Dhawan and Marcus Stoinis put up a 39-run partnership before the latter was dismissed for 18 off 22 by Shivam Mavi. Dhawan was the next batter to go as he was dismissed by Chakravarthy for 36 runs.

DC skipper Rishabh Pant was dismissed by pacer Lockie Ferguson for 6 runs as the destructive player failed to fire yet again in the ongoing IPL 2021. After receiving another shot in the middle, Hetmyer smashed a quickfire 17 off 10 balls before he was eventually run out by Venkatesh Iyer and Dinesh Karthik. Shreyas Iyer and Axar Patel finished the innings for Delhi at 135/5 in 20 overs. Iyer remained not out at 30 off 27 balls.