With one more game to go, Virat Kohli and team will be eyeing the crucial second position in order to come into the top 2 of the IPL 2021 points table 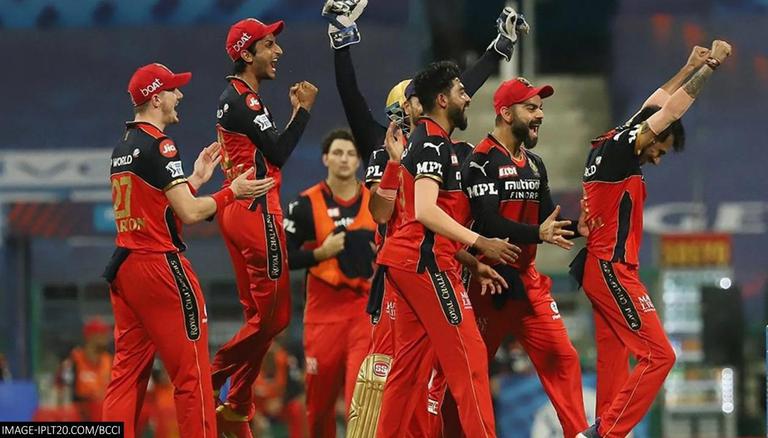 
Punjab Kings (PBKS) on Thursday registered an emphatic win over the Chennai Super Kings and moved to the fifth spot in the IPL 2021 points table, overtaking the defending champions Mumbai Indians. With CSK having played all their 14 matches in the league stage, Virat Kohli-led Royal Challengers Bangalore (RCB) still have to play one more game. With one more game to go, Virat Kohli & team will be eyeing the crucial second position in order to come into the top 2 of the IPL 2021 points table.

The top 2 teams on the points table enjoy the luxury to play two qualifiers while teams on 3rd and 4th have to play an eliminator first. Then, the winner of the eliminator plays Qualifier 2- the losing team of Qualifier 1 in order to go into the final of the Indian Premier League. Now, RCB which lost its previous match still has a slight chance to finish the IPL league stage on number 2.

As per ESPNcricinfo, for RCB to climb to the second spot and for CSK to drop to the third, the Virat Kohli-led squad has to score around 200 runs and win by a margin of 163 runs. In addition, RCB cannot go past the CSK by chasing the target i.e. by bowling first. It is pertinent to mention here that the biggest winning margin in IPL so far is 146 runs which was registered by Mumbai Indians against Delhi Capitals (then Delhi Daredevils) in 2017.

The Royal Challengers Bangalore is currently at the third spot with 16 points in 13 matches, while the Delhi Capitals sits on top with 20 points. On the other hand, CSK in 14 matches has 18 points.

How is the net run-rate is calculated in IPL?

The rules further state, " In the event of a team being all out in less than its full quota of overs, the calculation of its net run rate shall be based on the full quota of overs to which it would have been entitled and not on the number of overs in which the team was dismissed."

The Royal Challengers Bangalore (RCB) will take on Delhi Capitals on Friday and will look to create history in order to be inducted in the top two teams. In terms of head-to-head record, RCB and DC  have clashed on 26 occasions, with Virat Kohli-led squad leading 15-10, while one match has ended up in no-result.

WE RECOMMEND
IPL 2021: Fans laud Virat Kohli as RCB qualifies for playoffs for 2nd season in a row
IPL 2021: SRH’s Umran Malik breaks Lockie Ferguson's fastest ball record of 152.75 kmph
CSK vs PBKS IPL 2021 Live Streaming: How to Watch CSK vs PBKS Match Live on TV and online
IPL 2021 KKR vs RR Live Streaming: How to watch IPL 2021 LIVE in India, UK and US?
Sam Curran drops out of CSK squad for IPL 2021: Curran's injury update & replacement
Listen to the latest songs, only on JioSaavn.com