After the remainder of the IPL 2021 in UAE was announced, a few fans ran a meme riot referring to Suresh Raina's sudden withdrawal from IPL 2021. 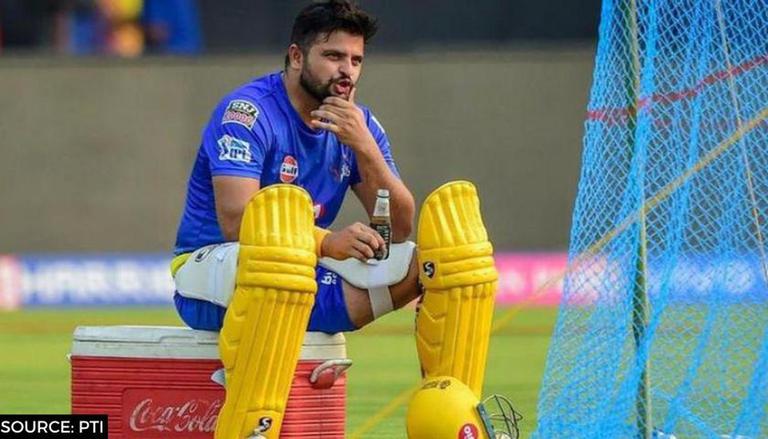 The Board of Control for Cricket in India (BCCI) on Saturday had officially announced that the remaining games of the IPL 2021 will be completed in the United Arab Emirates (UAE) considering the monsoon season in India in the months of September-October this year. The decision was taken at a Special General Meeting (SGM) held virtually, where members unanimously agreed to resume IPL. This will be the second consecutive year when the IPL 2021 will be played in the UAE.

Last year, the tournament was completely conducted in the UAE, however this year, the competition that was started in India will see the remainder of it being played in the UAE after the emergence of COVID-19 cases in the bio-bubble. Notably, Chennai Super Kings (CSK) batsman Suresh Raina had missed the last edition of the IPL in the UAE citing personal reasons. However, there were reports saying that ever since the CSK team reached the UAE for IPL 2020, Suresh Raina was unhappy with the hotel room provided to him. The reports further stated that Suresh Raina was finding the stiff protocols of the bio-bubble claustrophobic and wanted a similar room that MS Dhoni had been provided.

After the remainder of the 14th edition of the IPL in UAE was announced, Twitter was abuzz. Several reactions poured in as fans expressed their views on IPL 2021 being conducted in the UAE. However, with IPL 2021 shifting to the UAE, there was a certain section of fans who ran a meme riot referring to Raina's sudden withdrawal from IPL 2020. Here's a look at a few reactions.

CSK management after booking a room with Balcony for Raina : pic.twitter.com/5BUAIZhn4e

#BCCI confirmed remaining IPL matches will be held in UAE around September 2021.

#IPL2021
Raina manager on his way book a room with Balcony #IPLinUAE pic.twitter.com/nzkRbQ26GQ

Raina when raina when
Csk give him csk won't
room with balcony provide pic.twitter.com/bbE04CctEm

In the absence of Raina, the CSK team had a dismal IPL 2020 campaign as they finished at the penultimate position in the points table, thus failing to qualify for the playoffs for the first time in their history. Out of 14 games, MS Dhoni's men could win only six and lost eight. However, their fortunes changed drastically in IPL 2021 with the return of Raina.

Chennai had a dream start to their IPL 2021 campaign as they won five out of the seven games they played. The Men in Yellow dominated the opponents in almost all their wins. Their two defeats came against Delhi Capitals and Mumbai Indians. When the IPL was suspended, CSK were placed second in the IPL 2021 points table behind Delhi with 10 points to their name. It will be interesting to see if CSK maintain their form post the IPL 2021 postponed scenario, once the tournament resumes.

READ | Pat Cummins to skip IPL 2021 when it resumes in UAE despite multi-million contract: Report
First Published: 31st May, 2021 11:20 IST
SUBSCRIBE TO US