In the second qualifier of the Indian Premier League 2021 Playoffs, Kolkata Knight Riders will face Delhi Capitals on Wednesday. 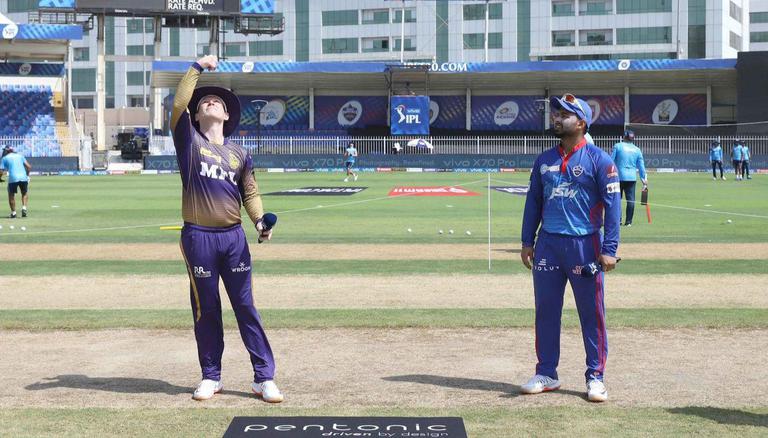 
In the second qualifier of the Indian Premier League 2021 Playoffs, Kolkata Knight Riders will face Delhi Capitals on Wednesday at the Sharjah Cricket Stadium. It will be an intense match as both teams will be fighting for the last spot in the final. Kolkata have been in red hot form over the past three games which included an 86 runs victory over RR and a four-wicket win in the Eliminator over RCB. Delhi, on the other hand, have not been in the best of form having won only two of their last five matches, they lost to CSK in the first qualifier by four wickets after a poor bowling display.

KKR vs DC Head to head

KKR vs DC Dream11 Prediction: Who will win the match

As per our KKR vs DC Dream11 Prediction, DC are the favourites to win the match, after having an overall better team.

Shubman Gill: The batsman played well against RCB, and he is their second-highest run-scorer for this IPL 2021 season with 381 runs scored in 15 matches.

Sunil Narine: Gave a fantastic all-round performance against RCB in the Eliminator where he picked up four very crucial wickets which included Virat Kohli and AB de Villiers and also scored a quickfire 26 off 15 balls.

Anrich Nortje: Having just made it for the second of the IPL, he has managed to take 10 wickets in just seven matches with an impressive economy of 5.92. He will definitely be the one to watch out for.

Rishabh Pant: He has had a fantastic season so far scoring 413 runs with an average of 37.54 and his batting performance will be crucial for the Delhi Capitals.

WE RECOMMEND
KKR vs DC Dream11 Prediction: Head to head, top picks, team news and more
IPL 2021, KKR vs DC: R Ashwin and Eoin Morgan involved in heated exchange
In IPL 2021's KKR vs RCB, fans rage over Dan Christian's form; 'more matches than runs'
IPL 2021 MI vs DC Live Streaming: How to watch IPL 2021 LIVE in India, UK and US?
KKR coach Brendon McCullum praises Prithvi Shaw: 'That is how we want to play'
Listen to the latest songs, only on JioSaavn.com