IPL 2021 KKR Vs MI: Venkatesh Iyer Reveals Why He Always Wanted To Play For KKR

Venkatesh Iyer shared details of the warm welcome that he had received from KKR and the practice regime that he had undertaken before his highly-awaited debut. 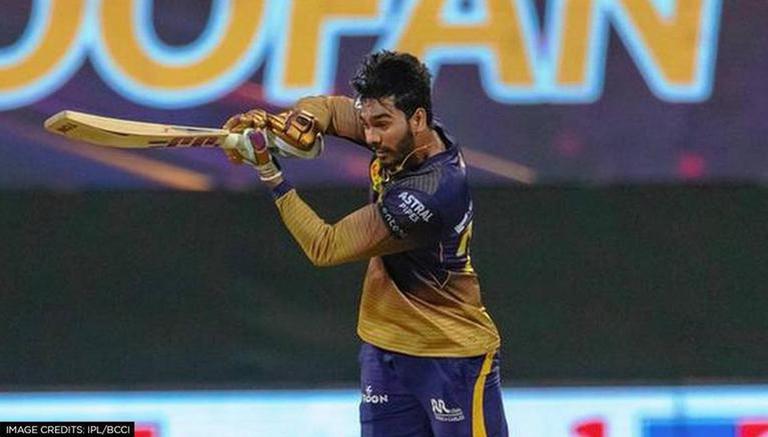 
Kolkata Knight Riders' (KKR) latest batting sensation Venkatesh Iyer opened up about his love for the franchise in an interview with teammate Rahul Tripathi on Thursday and shared how BCCI President and former KKR skipper Sourav Ganguly had impacted his batting style over the years. The 26-year-old also shared details of the warm welcome that he had received from the team and the practice regime that he had undertaken before his highly-awaited debut in the UAE.

On being asked by Rahul Tripathi about his love for KKR, Iyer said, "KKR was the first franchise that I wanted to get in only because Sourav Ganguly was the captain so I wanted to get into KKR first. I got picked by KKR and that was a dream moment for me, everyone was very welcoming. I got some gifts and Abhishek Nayar greeted me with good stuff, so it was a warm welcome.

"I am a huge fan of 'Dada', he has millions of fans across the globe and I am one of them. Dada has also influenced my batting. I would bat right-handed when I was young but I wanted to exactly replicate him the way he batted and bowled. He has played a huge role in my life unknowingly," he added.

Talking about his practice routine ahead of the UAE led of IPL 2021, Iyer told Tripathi, "You know how we have practised. We were under lockdown but I was really waiting for the opportunity, for my chance. Whatever I practised, I am happy that it is giving me back..."

Kolkata Knight Riders (KKR) batsman Venkatesh Iyer had left fans impressed with his blistering knock of 41 runs on his IPL 2021 debut against Royal Challengers Bangalore (RCB) on September 20. On Friday, he returned to the fields will another stunning performance smashing 53 runs off 30 balls, studded with six fours and two sixes in his innings against Mumbai Indians (MI). Iyer along with Rahul Tripathi stitched together a partnership of 88 runs of 52 balls before getting bowled by MI star-pacer Jasprit Bumrah in the 12th over of KKR’s innings.