IPL 2021 | 'Not The De Villiers That He Is Used To Seeing': Pietersen On Out-of-form ABD 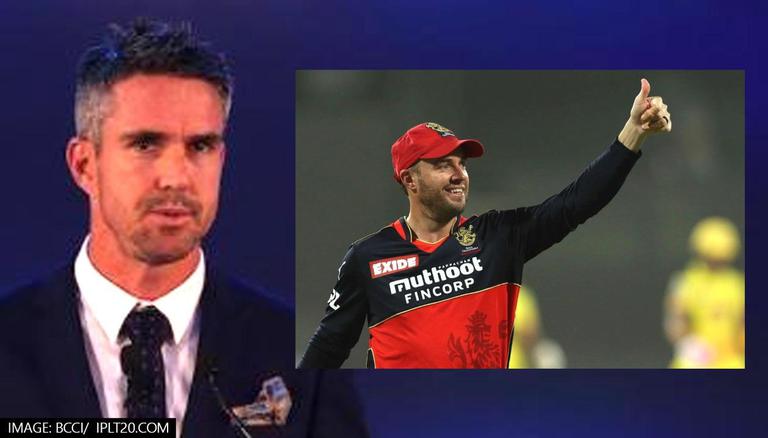 
Former English cricketer Kevin Pietersen reckons that AB de Villiers' form in the ongoing IPL 2021 Phase 2 is a matter of concern as fans and experts are not used to see the Proteas stalwart not scoring runs. Speaking at Star Sports after the Royal Challengers Bangalore (RCB) defeated Rajasthan Royals (RR) by 7 wickets, Pietersen pointed out de Villiers' struggle with the bat.

"He is an established player; he is a senior player. He would not want to see Kohli or Maxwell score the runs he is scoring. He must be thinking 'I'm not holding my side of the bargain. This is just not the AB de Villiers that he is used to seeing," said Pietersen.

The cricketer-turned-commentator went on to say, "He is a proud player; he is a fabulous player. We have seen that over a number of years. From his point of view, he would like to contribute. He would be hating the fact that he hasn't been able to contribute. He has contributed so much to the world of cricket and in the IPL. If he gets three ducks in a row, it doesn't matter. What he has done for the IPL and RCB is incredible. However, he would want to score."

After helping his side win five out of seven matches in the first phase in India, AB De Villiers has been struggling to pile up big numbers in the UAE-leg of IPL 2021. So far in the first three games of phase two, the 38-year-old has scored just 23 runs. In the first game against Kolkata Knight Riders (KKR), de Villiers was dismissed for a duck after being bamboozled by a magnificent yorker bowled by Andre Russell. In the second game against Chennai Super Kings (CSK), de Villiers looked rusty and was dismissed by Shardul Thakur after facing just 11 balls. In the match against Mumbai Indians (MI) last night, De Villiers got out for 11(6). In the match against Rajasthan Royals, de Villiers faced only 1 ball and remained not-out.

Meanwhile, Virat Kohli-led RCB is currently at the third spot on the points table of the IPL 2021 with 7 wins and 4 losses in 11 matches.