The side that wins tonight's eliminator game will advance to Qualifier 2, where it will lock horns against Delhi Capitals for a place in the final. 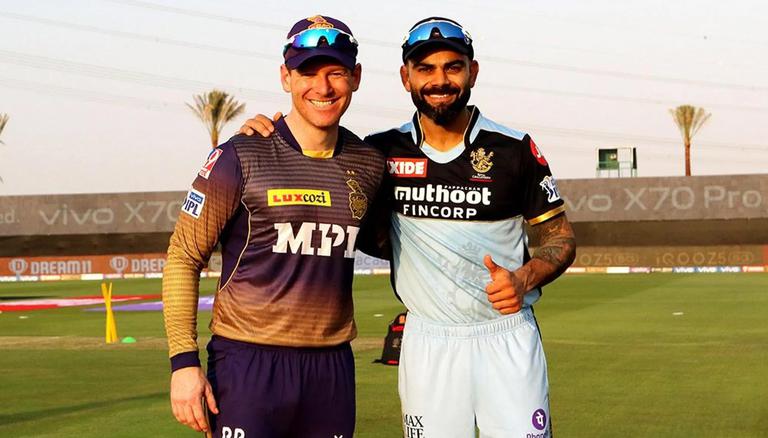 
The Eliminator match of IPL 2021 will see Royal Challengers Bangalore (RCB) take on Kolkata Knight Riders (KKR) at Sharjah Cricket Stadium in UAE. The match will begin at 7:30 pm IST. While RCB became the third team to qualify for the playoffs when they still had two more games to play, the Eoin Morgan-led side had to scratch every inch of the surface to remain in the race. KKR eventually managed to secure the fourth spot due to the net run rate being in their favour in the points table. The side that wins tonight's eliminator game will advance to Qualifier 2, where it will lock horns against Delhi Capitals for a place in the finale.

RCB and KKR have played a total of 29 games against each other in the Indian Premier League. KKR clearly have an advantage over RCB with 16 wins to their name. The Kohli-led side, on the other hand, has 13 wins from 29 IPL games against KKR. Both sides have played twice against each other at the Sharjah Cricket Stadium with one win each to their names. In IPL 2021, KKR and RCB have met twice in the league stage and have won a game apiece. In their last five encounters, however, RCB have won four times while KKR have managed to win just once.

RCB vs KKR: Key milestones to look for

KKR skipper Eoin Korgan is just 4 runs away from reaching 1,400 runs in the IPL. Morgan has played 80 IPL games in his career and has scored 1,396 runs to date. If the England captain manages to score four more runs in tonight's game, he will become the 61st batter to reach the milestone in IPL. Meanwhile, KKR batter Rahul Tripathi is also nearing 1,400 runs in the IPL as he is just 35 runs away from the milestone.

RCB vs KKR: Latest form of both sides

Both teams will come into tonight's game on the back of emphatic wins in their final league stage matches. While KKR beat Rajasthan Royals by a huge margin to strengthen its place in the top-four of the points table, RCB defeated table-toppers Delhi Capitals in a last-ball thriller to enter the playoffs on a high note. KKR have shown massive improvement in the second leg of IPL 2021 after performing poorly in the first leg earlier this year. RCB, on the other hand, played some exceptional cricket in phase 1 of the competition but lost their mojo once the season resumed in the UAE last month. However, the Kohli-led side regained its form in time to make it to the playoffs.