Australia pace duo of Jhye Richardson and Rylie Meredith unlikely to make the trip to UAE for IPL 2021 with Ellis set to provide cushion in bowling department. 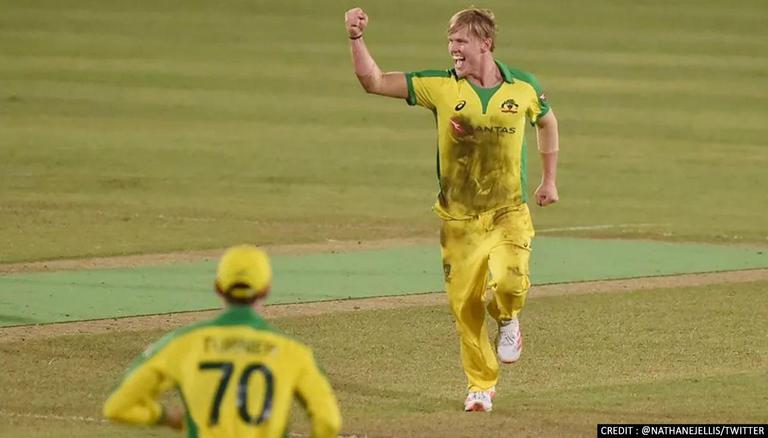 The suspense about the IPL 2021 team which signed Nathan Ellis is finally over with Punjab Kings (PBKS) revealing that the Australia pacer will be playing for them in the upcoming IPL 2021 phase 2. The Kings took to Twitter to officially confirm the signing on Friday night. Eilis had gone unsold in the IPL auctions earlier this year. The IPL 2021 phase 2 matches will be played from 19 September, with the final set to be played on 15 October.

With the Australia pace duo of Jhye Richardson and Rylie Meredith unlikely to make the trip to the UAE, Ellis is set to provide PBKS with the vital cushion in the fast-bowling department. Earlier, Cricket.com.au had reported that Ellis had three franchises chasing his signature with the player signing the deal with one of the teams. The report also said that fast bowlers Pat Cummins, Kane Richardson, Jhye Richardson and Riley Meredith were among the contracted Australian players who are not expected to return for the second leg of the tournament.

Having been overlooked by New South Wales in the initial stage of his career, the pacer turned around his luck while playing for Tasmania and Hobart Hurricanes in the Big Bash League. He made his international debut for Australia during the Bangladesh tour in which he took a hattrick in his debut match. Recently, the pacer was named as one of three Australian reserve players for the upcoming T20 World Cup, which will immediately follow the IPL 2021 UAE.

Nathan Ellis will be joining the likes of David Warner, Glenn Maxwell, Marcus Stoinis, Jhye Richardson, Kane Richardson and Daniel Sams, who have already played in the first phase of the tournament and are now expected to return to their franchises. Pat Cummins will miss phase two of IPL 2021 due to the impending birth of his first child but will play for Australia at the T20 World Cup. Steven Smith is also likely to miss out on the tournament as he is recovering from an elbow injury.

Hazlewood, Marsh and Philippe had opted out of the first stage of the IPL tournament that was held in India but is eligible to return to the rescheduled closing stages, although it has not yet been confirmed if they will. Nathan Coulter-Nile, Chris Lynn and Ben Cutting are also among Australians in the IPL.