Rajasthan Royals have picked New Zealand's Glenn Phillips as Jos Buttler's replacement for the second leg of the IPL after Buttler's withdrawal. 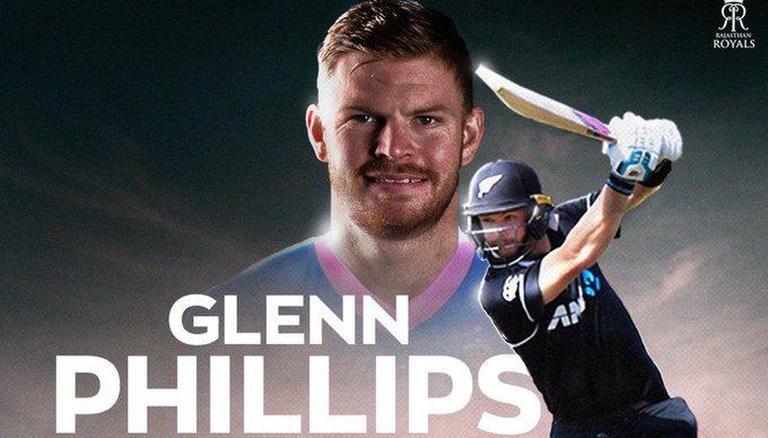 
Rajasthan Royals (RR) have picked New Zealand's Glenn Phillips as Jos Buttler's replacement for the second leg of the Indian Premier League after it was revealed that Buttler had pulled out of the tournament as he and his wife were expecting their second child soon. The second leg of the IPL is set to be played in the UAE next month. RR released a statement regarding Buttler and Jofra Archer pulling out of the second leg that said: "English cricketers Jofra Archer and Jos Buttler will not be available for the remainder of IPL 2021. The franchise wishes Jofra Archer good health and a swift recovery, and Jos Buttler and his wife Louise a happy, healthy second baby."

They also added that they have selected Glenn Philips as Buttler's replacement, "New Zealand's Glenn Phillips... will be joining the Royals squad for the remainder of IPL 2021 to be held in the UAE from 19th September 2021. The right-handed wicketkeeper-batsman from Auckland is currently part of the Barbados Royals franchise in the CPL."

The suspense about the IPL 2021 team that signed Nathan Ellis is finally over with Punjab Kings (PBKS), revealing that the Australia pacer will be playing for them in the upcoming IPL 2021 phase 2. The Kings took to Twitter to officially confirm the signing on Friday night. Eilis had gone unsold in the IPL auctions earlier this year. The IPL 2021 phase 2 matches will be played from 19 September, with the final set to be played on 15 October.

READ | 'When will we have our own IPL?': Jemimah Rodrigues bats for introduction of Women's IPL

With the Australia pace duo of Jhye Richardson and Rylie Meredith unlikely to make the trip to the UAE, Ellis is set to provide PBKS with the vital cushion in the fast-bowling department. Earlier, Cricket.com.au had reported that Ellis had three franchises chasing his signature, with the player signing the deal with one of the teams. The report also said that fast bowlers Pat Cummins, Kane Richardson, Jhye Richardson, and Riley Meredith were among the contracted Australian players who are not expected to return for the tournament's second leg.

Australian fast bowlers Pat Cummins, Kane Richardson, Jhye Richardson, and Riley Meredith will likely miss the second phase of IPL 2021 in the UAE. According to reports, all four players have informed their respective franchises that they will not join the league for the remaining matches in the middle-eastern country. Last month, the players had withdrawn their names from the away tours to West Indies and Bangladesh, citing various reasons. Cummins' unavailability stems from the fact that his wife is pregnant, and the delivery is due in September-October.